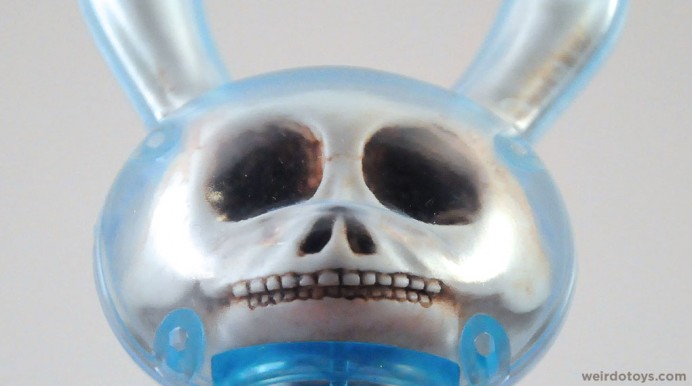 I’m not a die hard fan of Kidrobot’s Dunnys.

I like ’em well enough. I buy some here and there (hoping to get some good ones), but overall, I’d consider myself a casual collector. I’ve never paid collector’s prices for a Dunny, and I’ve never even considered buying a custom Dunny.

But now things are different. 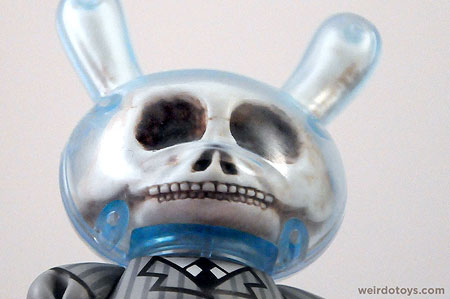 And it was love at first site. 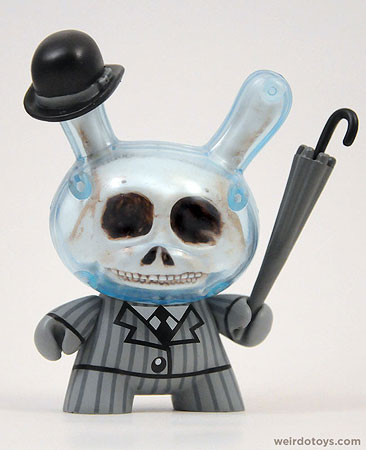 What’s not to love? A visible skull in any toy is pretty cool… especially if it’s encased in a glass-bowl-helmet-thing. 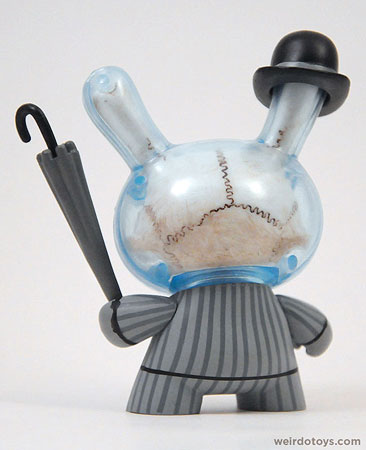 I think what tops it off for me is this guy’s suit, derby and umbrella. That’s one classy bone head. 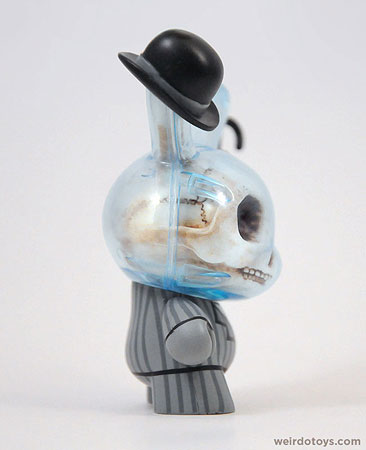 What I also love about the Dunny Skull is the attention to detail. The skull has the color and visual texture of real bone. A dark paint wash brings out the details, which includes all of the skull’s sutures, foramina and teeth, making it appear more “anatomically accurate.” Beautiful work!

Alright. By now I’m sure you’re wondering, “where the hell did this thing come from?” 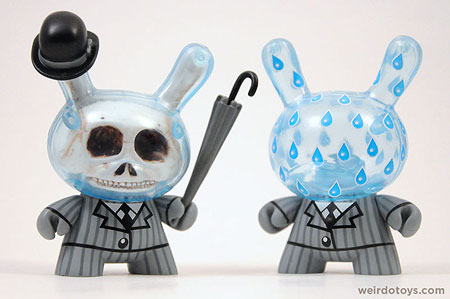 First of all, the Dunny figure itself is actually from the Ye Olde English Dunny Series. It’s “Rainy London” designed by Triclops Studio. It has a hollow, transparent head.

(As a side note, the “Dunny Skull” custom didn’t come with any of the accessories of the “Rainy London” Dunny. I’m not sure why. I just happened to have the original Dunny on hand to steal the accessories from.) 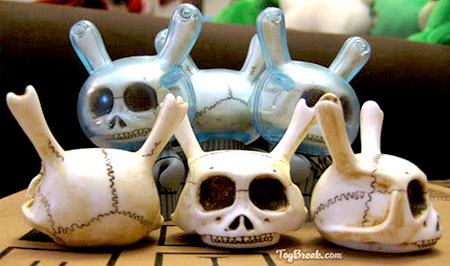 Secondly, artist and toy maker, George Gaspar (of Toy Break, and October Toys fame) decided to remove the paint from the head and fill it with a cool, miniature Dunny skull… transforming a “meh” Dunny into a “yeah!” Dunny.

I discovered this little guy about a month ago through SpankyStokes.com. When they announced the custom, George had created a pretty small run of skulls. I think he’s making more custom skulls as fans demand them, so if you’re interested, you’ll have to send him a private message over at October Toys’ discussion board.