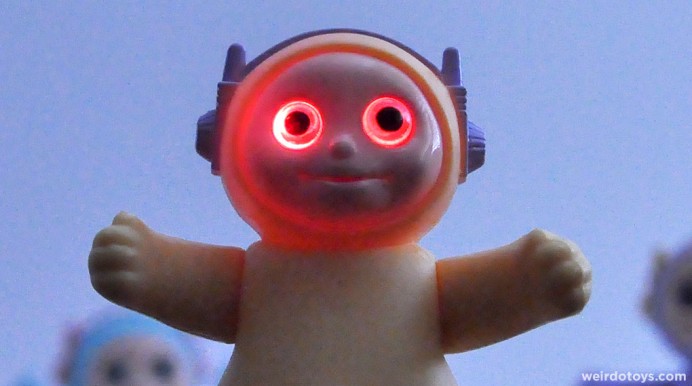 How to be a Bubbly Chubby Chaser

I’d like to dedicate this “children’s toy themed” blog entry to my newborn son, Andrew. I’m new to this thing called fatherhood, but I’m loving every minute of it… well, that is until he’ll starts playing with my toys 😉

Over a decade ago while I was in college, my brother, Jason, and I stumbled upon these odd figures at Wal-Mart. They were part of the humble beginnings of my weird toy fascination. 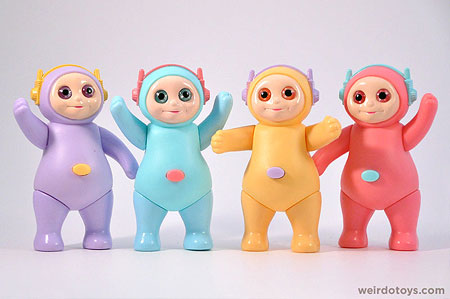 I’m sure you recognize them.

You probably thought they were these guys, the Teletubbies. 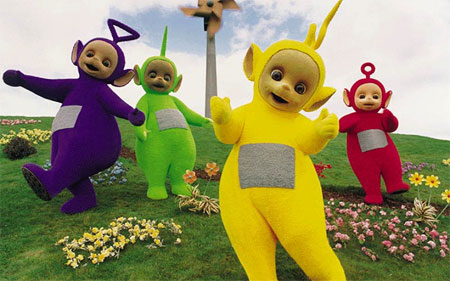 They do look a lot like Teletubbies (which I’m sure is absolutely intentional), but these are actually Bubbly Chubbies! (Pretty original name, huh?)

Sure. At first glance, these things are just odd-looking, androgynous aliens. That’s a bit off-putting in itself, but, as always, it gets stranger. 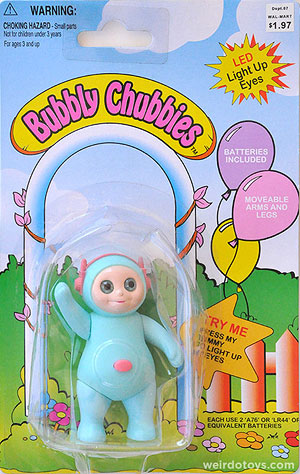 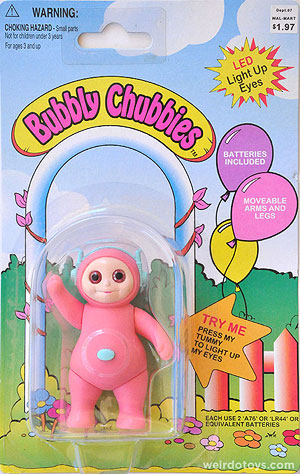 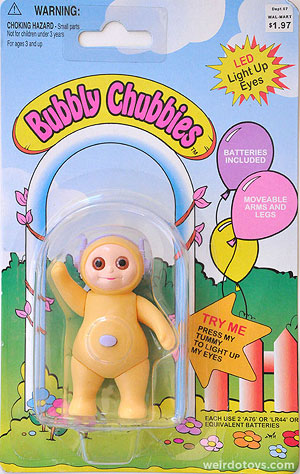 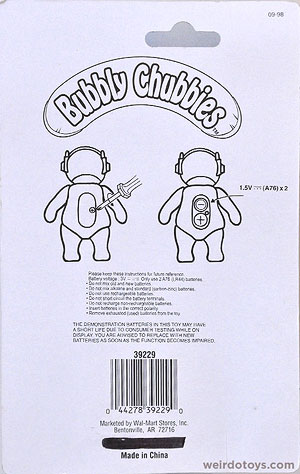 Unbeknownst to us, all these years Jason and I have been in possession of some very rare artifacts. These toys aren’t around anymore, and I don’t mean they’re just old and forgotten – I mean they no longer exist.

Apparently, Ragdoll Productions Ltd., the creators of Teletubbies, weren’t too happy about Wal-Mart ripping off their ridiculously popular, money-making property and they were ordered by a federal court to recall and destroy all the Bubbly Chubbies toys. You might call it the “Bubbly Chubby holocaust.” I know it’s a bit morbid, but these toys are kinda like Holocaust survivors. (Damn. I’m sorry. I’m not trying to equate Survivors’ lives and struggles to some crummy knock off toys. I just needed to dramatize the scarcity of a weirdo toy). Get the full scoop in this New York Times article.

So, what we’ve got here is the same toy with four color variations – Blue, Violet, Pink and Yellow. 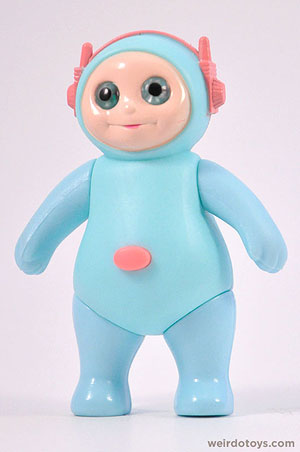 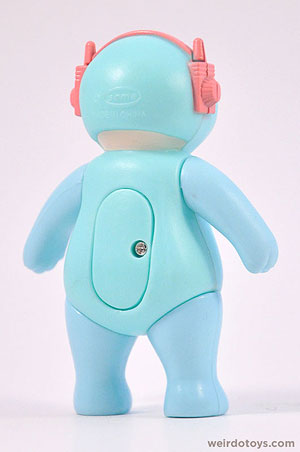 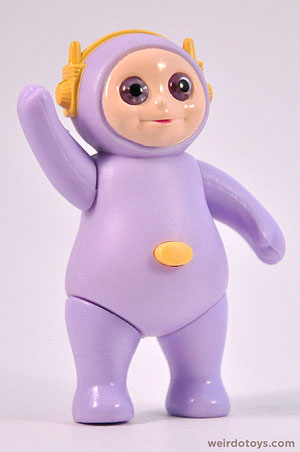 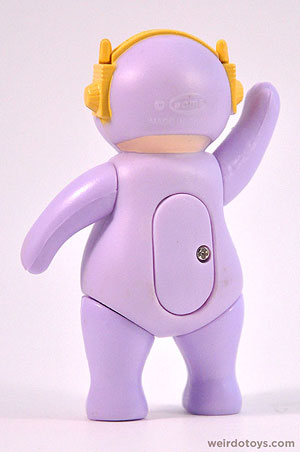 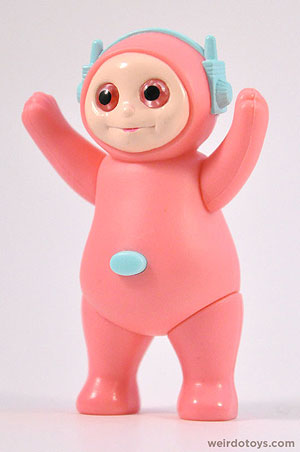 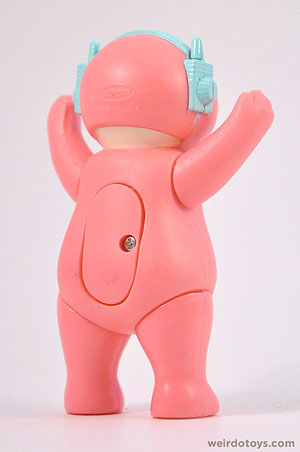 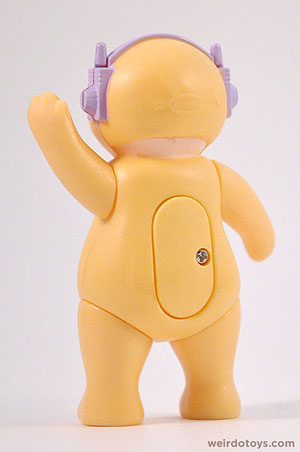 It may be an accident in the toys’ design, but I love how the transparent eyeballs actually reveal the each Chubby’s color scheme. Kind of neat. 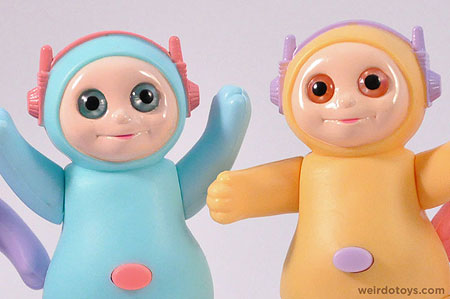 And they’re all wearing wireless headphones. What’s up with that?

I wonder what they’re listening to. Probably the Bananas in Pajamas theme song or something.

Oh yeah. Did you notice the trap doors on their backs? It’s where their batteries are stored. Why batteries, you ask?

To power their death stare of course.

“YOUR WISH IS MY COMMAND OH CHUBBY MASTER.”

A simple push of their literal belly button, and you unleash the hypnotic death stare of the unassuming Bubbly Chubbies.

Yeah, these are a pretty blatant ripoff, but I’m glad the toy designers had the foresight to integrate the typical LED red laser into these knockoffs… and I’m especially glad they put them in their eye sockets.

I just don’t know whether they’re supposed to hypnotize me or turn me to stone. Either way, I know not to look them in the eye.