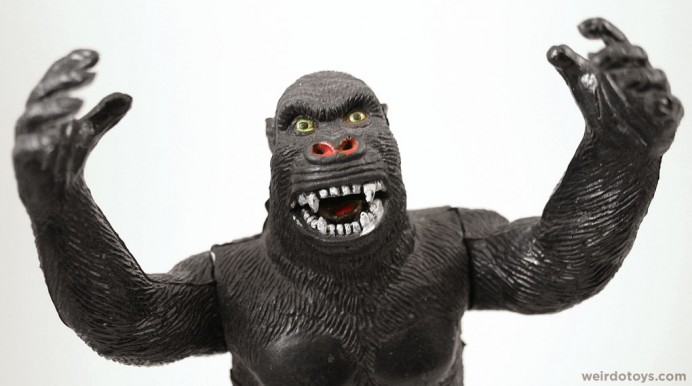 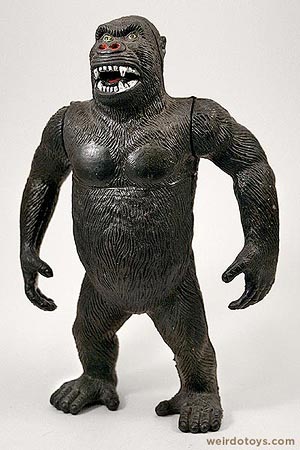 Well, I like this gorilla. He just called to me. He looks more like a man in a suit than a true gorilla.

This big, black, angry primate is by Imperial Toy. I’m not sure what year this toy was released. Probably the 70s or 80s from the looks of him.

I have a feeling it’s supposed to be reminiscent of King Kong. See the resemblance?

(Actually, this shot of King Kong reminds me of Danny Glover.)

I don’t see any marking giving rights to a movie studio or anything, so this is probably just a generic giant gorilla. I’ll call him “Kong King.” He’s supposed to fight some of those dinosaur toys Imperial made in the 80s.

You remember those dinosaurs? I actually had this dinosaur as a kid. 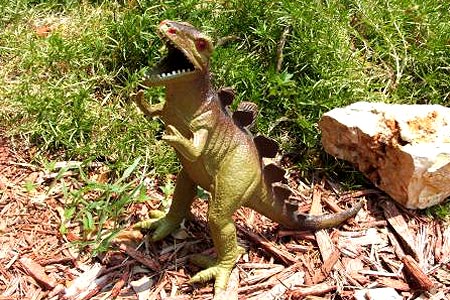 I remember dropping those little green army men into his mouth, filling its hollow plastic torso with unlucky soldiers. (It was always hell to get the dinosaur to regurgitate them though.) I would even squeeze his mouth shut repeatedly to make the act of eating that much more convincing. 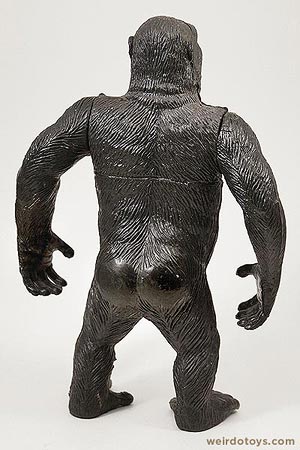 Kong King is plasticy, goofy-looking, has minimal paint applications and has very obvious construction seams. He has two points of articulation at the shoulders. The rest of him is just a hunk of hollow, flexible plastic. 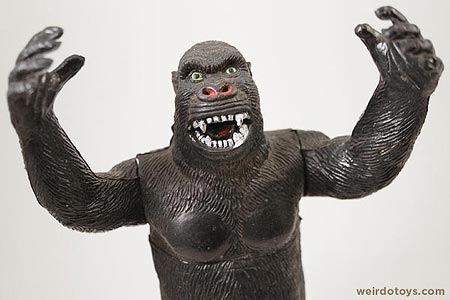 … and what’s with coconut bra?

(See. I told you’d I’d post another York Show toy this week. I’ll try to do another.)