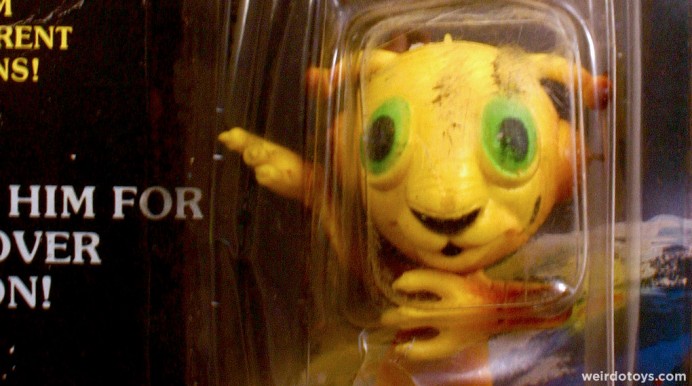 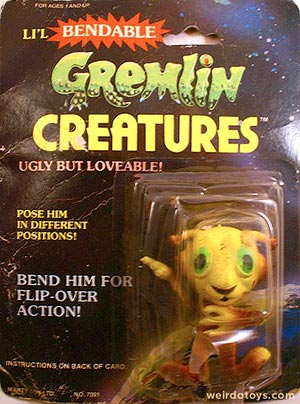 You might recognize this guy. I introduced him on the blog last year as an “Outer Terrestrial Creature,” but as you can see here, he was also released as a “Li’l Bendable Gremlin Creature.” 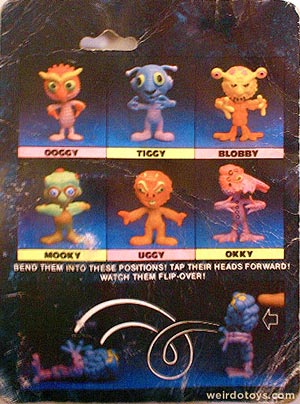 So what’s with the alternate name? 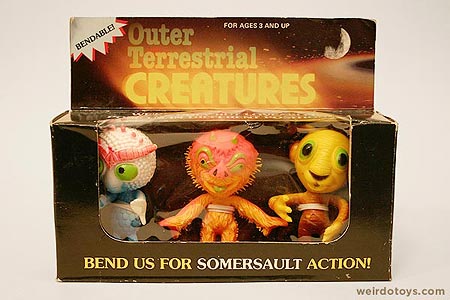 I’m guessing that with a crappy toy name like “Outer Terrestrial Creatures,” sales were going poorly, and they renamed it. Now it appears they are less “space alien” and are now of the “odd creature” variety. Plus, what kid knows what the hell “outer terrestrial” even means?

Another theory I have is the new name was inspired by the “Gremlins” movie. Yeah, I know that may be too obvious. The original “Outer Terrestrial Creatures” toys were released in 1983, and Gremlins came out in ’84. So, maybe they decided to update the name to relate to a cool, new, popular movie, put the toys on single cards and hope for the best.

It’s all just a random guess of course. You know I didn’t actually call Marty Toy and ask any of this (not even sure if they’re still around). I don’t care that much. 😀 Just wanted you to know about this variation.

Check out these related entries: