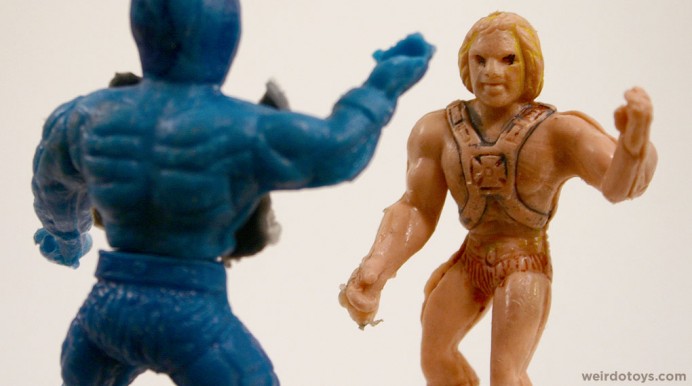 So here we have some Masters of the Universe (MOTU) figures. It’s He-Man (The Most Powerful Man in the Universe) and Skeletor (The Evil Lord of Destruction).

Don’t they look awesome? Just like I remembered them…. 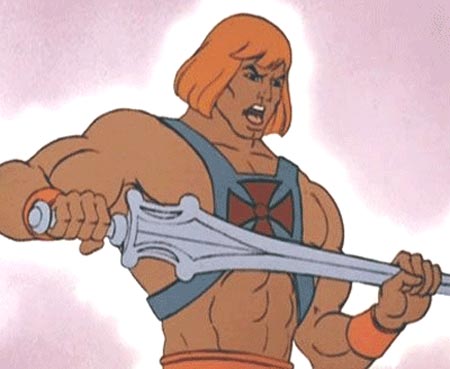 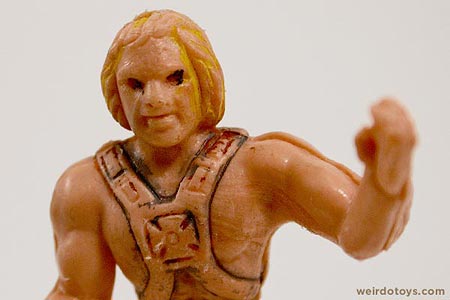 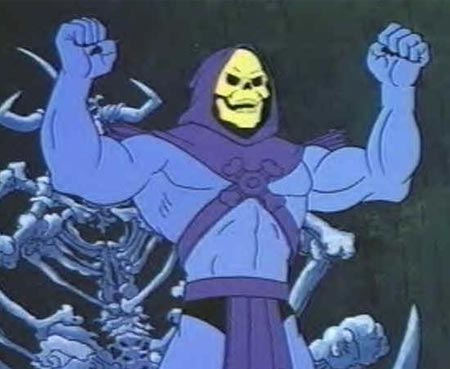 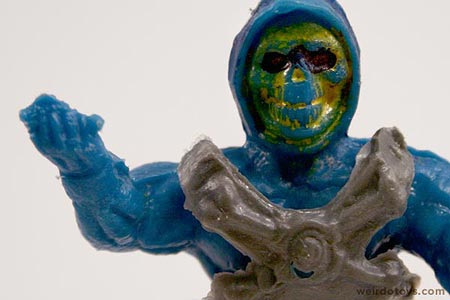 Masters of the Universe my ass! These guys are masters of nothing (well, maybe the Masters of Shittily Made Toys).

All I can say is these things are god-awful. Again, what we have here are some generic, ugly-ass Mexican bootleg figures of popular American toylines.

These MOTU figures are horrible, but I love ’em. They look like homemade elementary school sculpture projects. You can’t pose them. They can’t hold any weapons (although there’s a hole in Skeletor’s hand, so maybe it had a purpose at some point). Do-it-yourself action figures (Well, not action figures, cuz they can’t really move. They’re just statues i guess). 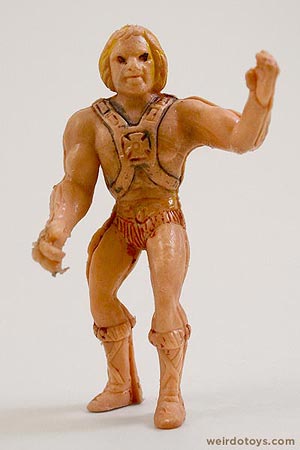 They’re the rejects of the MOTU toyline. Maybe that’s why I took them in. I feel sorry for them with their horrible molds, non-existent quality control and bad production value. These guys look like they’ve melted a bit. There’s tons of flack all over ’em, their paint’s rubbed off, and they’re just plain gross. 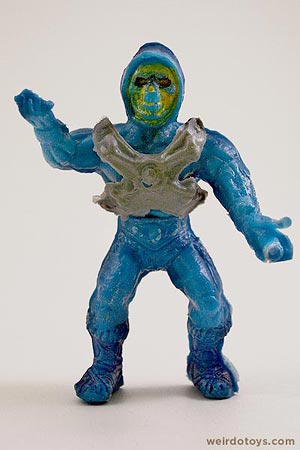 Skeletor actually has a separate piece of armor (which is held on by a peg protruding from his chest) and some freaky muscle structure on his back (not that the rest of him isn’t freaky). Oh, and as it turns out, he does swivel at the waist. 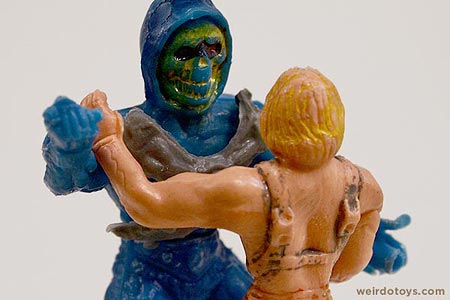 He-Man’s a bit smaller than Skeletor, but does size really matter?

So, what are the odds that these are actually rare prototypes? They’re early concept figures of the legendary toyline. Hmmmm….