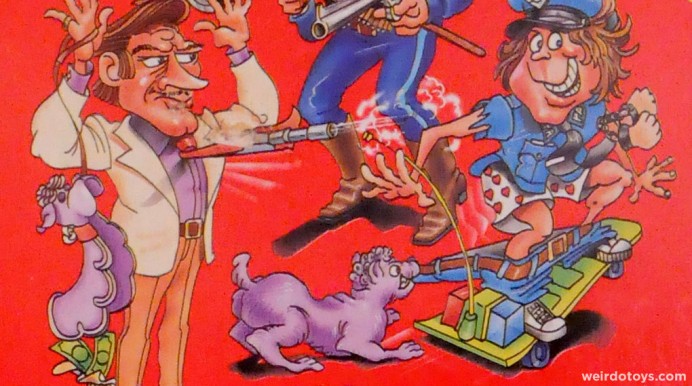 Months ago, I discovered the awesome Charles Bronson lookalike figure. 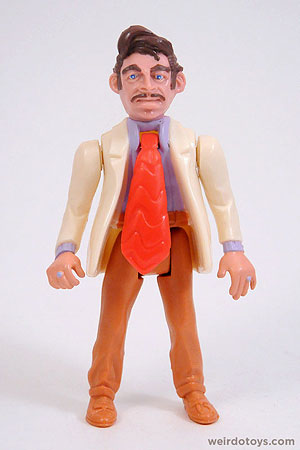 Alright, maybe he’s not a Charles Bronson figure, but what’s not to love about this guy’s dated, 70s-style suit, big-ass tie, bling-rings and pompadour hair style.

I’m tellin’ ya. It totally reminds me of the guy.

Once I started playing with the figure, I immediately discovered he had a little trick up his sleeve… er… necktie.

You squeeze his legs, and he raises his arms in surrender. But watch out! 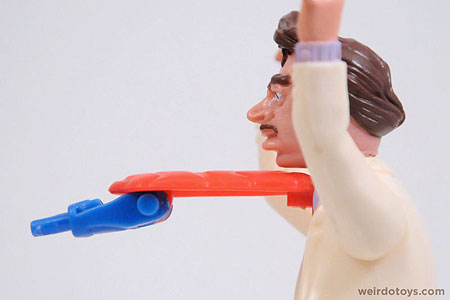 A hidden gun flips out from underneath his necktie. 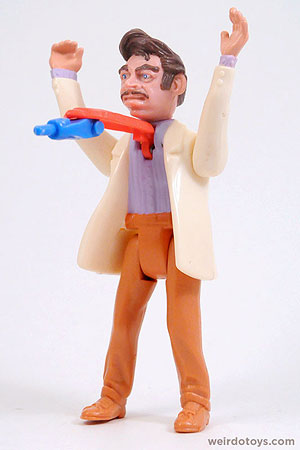 Now that’s a pretty funny gag. The cops tell him to “freeze” so he does… all while gunning them down. Pretty comical.

(Actually, it’s pretty harsh. Gunning people down was always a Charles Bronson thing. Maybe this is a Bronson figure.)

Since I bought the figure loose, I didn’t know it at the time. This figure is Mr. Sleaze. He’s from the Police Academy toy series that was released in 1989 by Kenner.

As a youngster, I was a fan of the movies, but I recall seeing commercials and things for the show and remember thinking it looked really, really awful.

The live-action Rated-R movie was bad enough, but now they made a kid-friendly version (reminds me of the Toxic Crusaders toy from a while back)?

Police Academy went from this…

Well, just recently, I found Mr. Sleaze on card (for those who don’t know, that means he was still sealed in his package) and didn’t know it was possible, but the accessory he comes packaged with makes him an even better figure.

He comes with a poodle.! 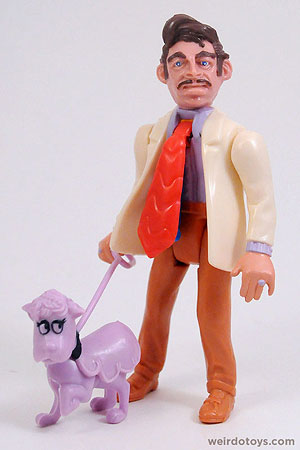 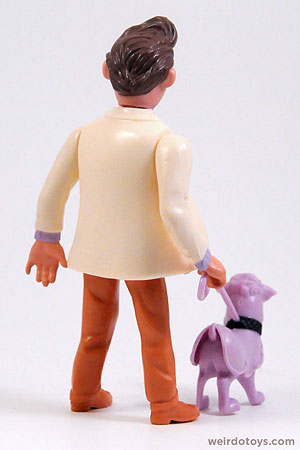 Yep. This evil, sleazy bad guy may have a soft spot for cute, lil’ fluffy poodles… or not. 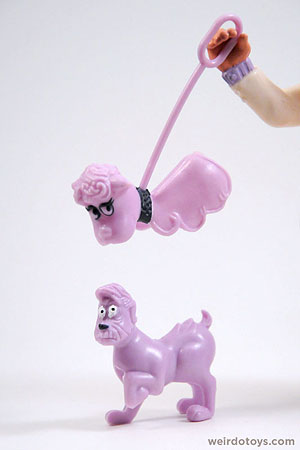 You see, Mr. Sleaze isn’t the only one with something to hide. FooFoo Dog here is one ugly son of a bitch (literally). 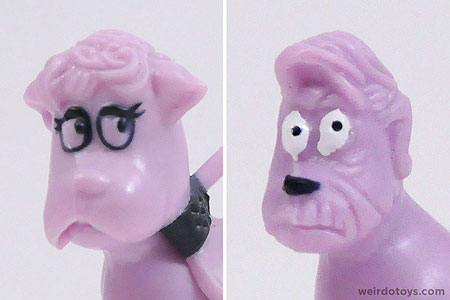 FooFoo acts like a delicate, pretty dog, but when you least expect it, he rears his ugly head to bite you, eat your sandwich or pee on your leg.

This dog definitely looks disturbed. He kinda reminds me of a sad, old man. 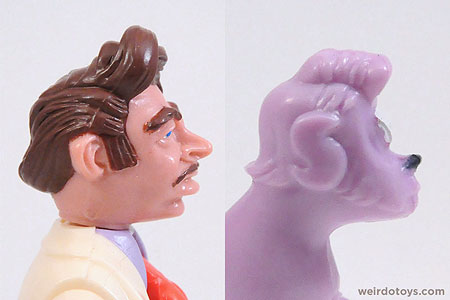 Other than the googly-eyed, goofy face, I think my favorite part of FooFoo is his hairstyle. Look at that thing. He’s got the same pompadour haircut of his master.

That’s such a great detail. I’m thinking this haircut is funnier than anything in the cartoon ever was (Just an FYI – I’m judging the hell out of the cartoon without ever seeing it.).

Also, after buying the figure on card, I actually discovered Mr. Sleaze isn’t as sleazy as I’d hoped. 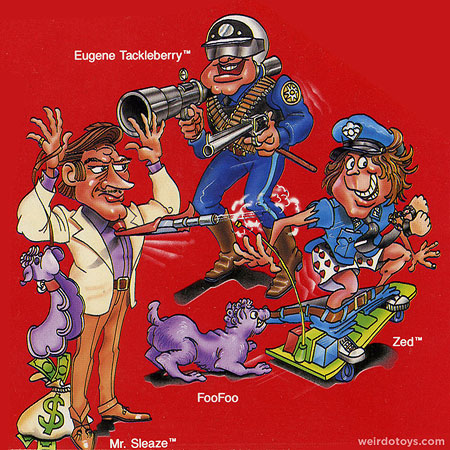 The gun under his necktie is actually just a “gasser gun,” so I’m sure it was used in the cartoon to knock out the good guys or make them laugh w/ laughing gas or some crap like that.

The cartoony drawings on the package are fun and goofy, but they seem a bit underdeveloped and sloppy (kinda like the whole cartoon series. ZING!) 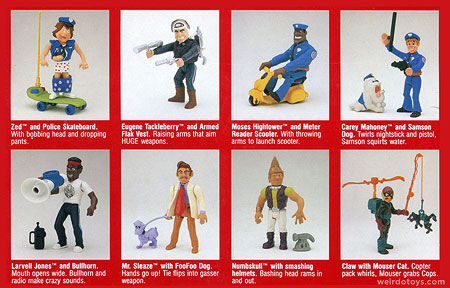 The toys also seem a bit lame. These are all basically cutesified versions of the dysfunctional characters from the movies. They don’t seem too interesting in exaggerated cartoon form. 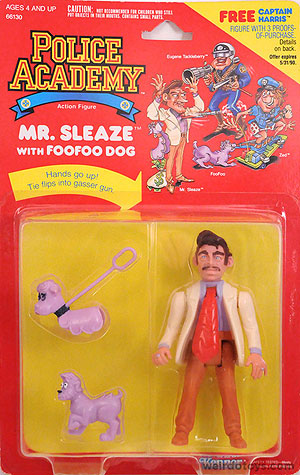 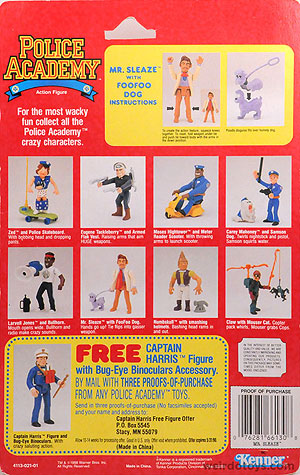 I never played “cops and robbers” as a kid, so maybe that’s why I never cared about this series (plus I was 12, so I’m sure that had something to do with it). Looking back at them all, I think the villains interest me the most, but that’s probably true with every toy series.