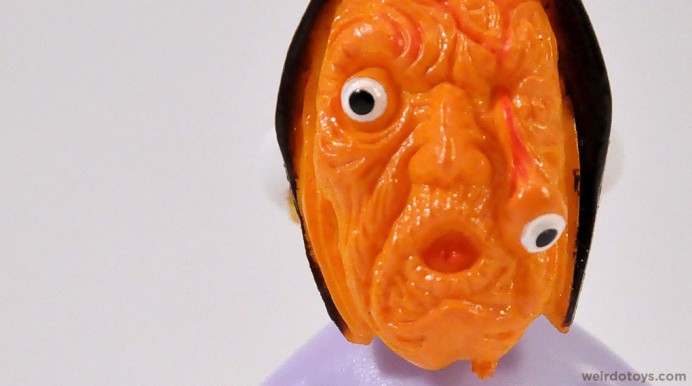 Do you have any semi-lame toys lying around? Like these guys – the Bubbly Chubbies.

The only reason I keep them around is because they are recalled Teletubbies knockoffs. Wouldn’t it be great if you could easily transform such cutesy-ass characters into something mildly disturbing? 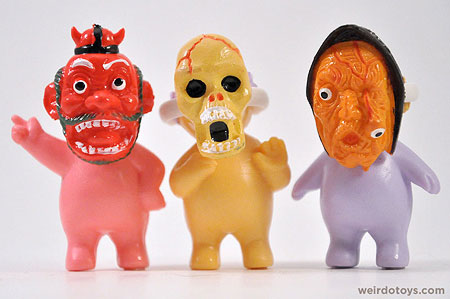 Well, apparently you, can. All you need are some cheap-ass monster face rings. 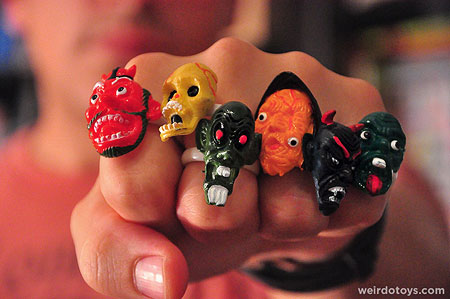 These rings look like something you could find in those cheapy, import toy catalogs… like Oriental Trading Company.

I bought these rings on eBay, and once I’d received them, I realized I can instantly transform my “normal” toys into “weirdo” toys with the most minimal of effort. This transformation took very little time and money… About 5 seconds and 5 bucks. I just grabbed a ring. popped it over a toy’s head and voila! Instant weirdo. 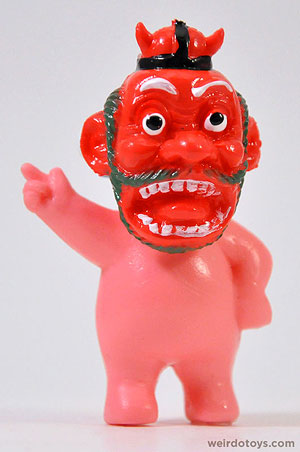 This Chubby is now a wonky-eyed viking guy with high blood pressure and a pink, marshmallow body. 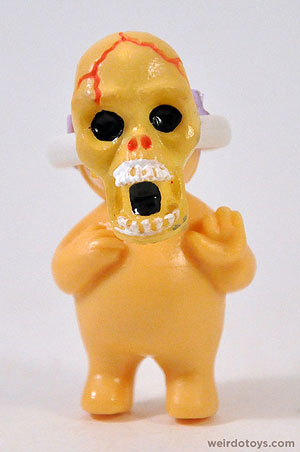 And we have a your standard screaming skull Chubby…

and we top it off with the always classic gore gag… the dangling eyeball Chubby.

After seeing how great these guys turned out, I figured I’d try the remaining rings on some other figures I had lying around. 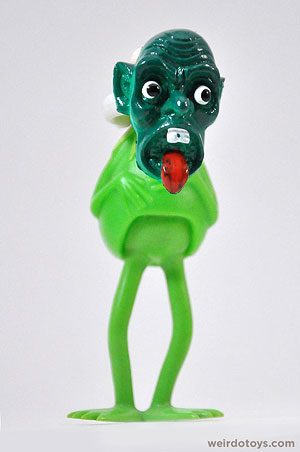 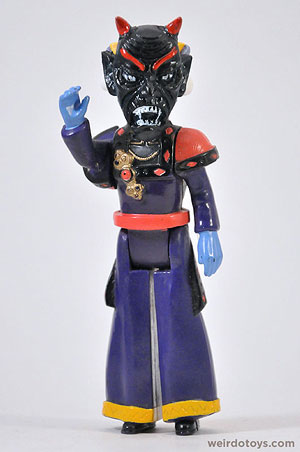 The blue guy from “Voltron,” King Zarkon, becomes Satan in his formal wear. 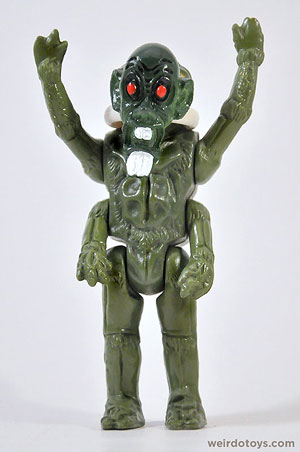 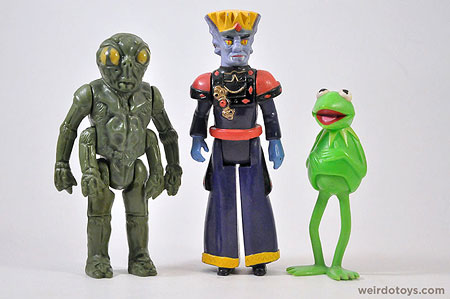 With that last one though, I have to admit – Ovion looks cooler and weirder without the ring/mask. 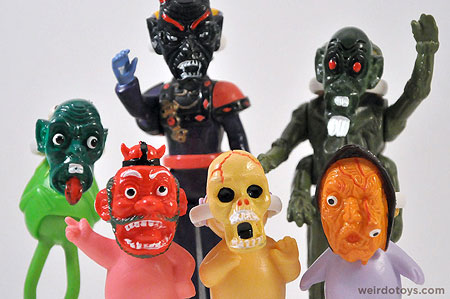 So, that’s about it. I just thought I’d share what originated as a cheapy, weird ring impulse buy actually ended up making some mildly interesting characters for my toy shelves at work.

You guys have any quick ring-faced figures you wanna share? I’d love to see ’em.

• Buy an Ovion figure on eBay!