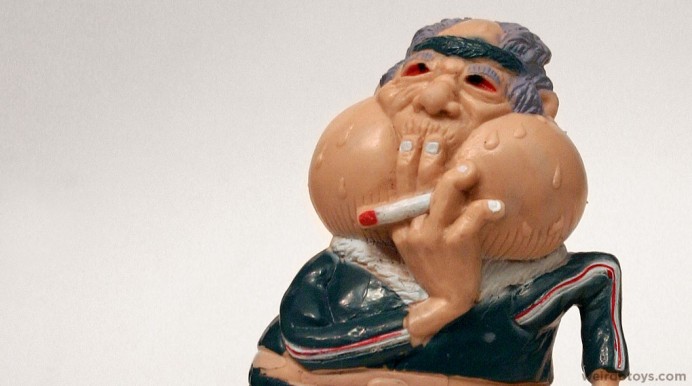 Well, well, well. If it isn’t another Weird Ball figure by Mel Appel and Crayart. If you don’t remember Weird Ball cards or figures, don’t fret. I had no idea what they were either, until I managed to shed some light on the subject in my previous entry about “None Chuck.” And just like our little ninja friend, Runnin’ Ralph is a tad “politically incorrect” (exactly what he should be). 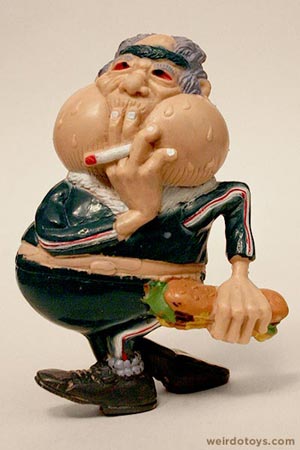 If this toy was to be produced today it would have… um… well… it just couldn’t exist. You know, with it’s being a depiction of a sweaty, gluttonous (I only call him that cuz he’s running with his hoagie), middle-aged, obese white jogger, puffing on a cigarette. If a jogger toy did exist today, it would be some lame toy line made up of a team of joggers with “running-legs” action activated by squeezing their arms like the old Super Powers toys. There’d be six of them probably – males and females depicting each racial skin tone, and they’d be called “The Cardio Crew” or worse yet, “The Six Pack,” and their trainer would most likely be in a wheelchair.

Hmmm. Sounds like the makings of a Mr. Slim Goodbody toyline. 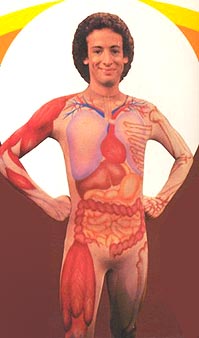 Anyway, I’d also like to mention that these Weird Ball toys are disturbingly flat. 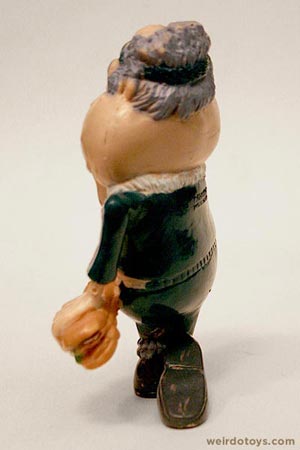 Here’s the Runnin’ Ralph trading card this toy is based on. The artwork’s not bad at all. Wonder what the heck happened to the figure. 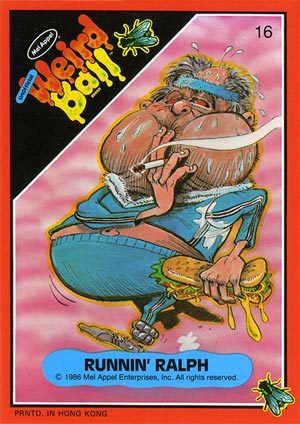