So, on Sunday’s trip to the flea market, I also found another quirky old 80’s toy. He wasn’t quite as gross as the Gross Out Gang Pie-Guy I found, but this incredibly stereotypical depiction of the classic ninja made me chuckle. It reminded me of an era of where toy companies obviously weren’t as afraid to offend as they are nowadays. 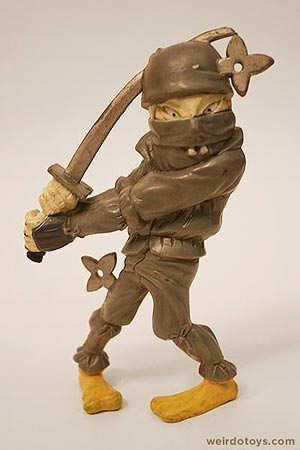 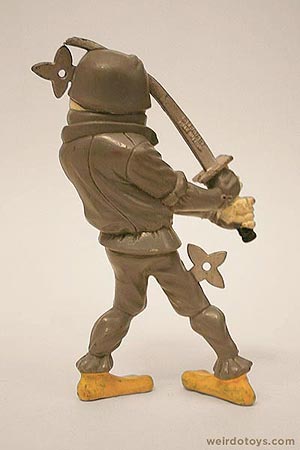 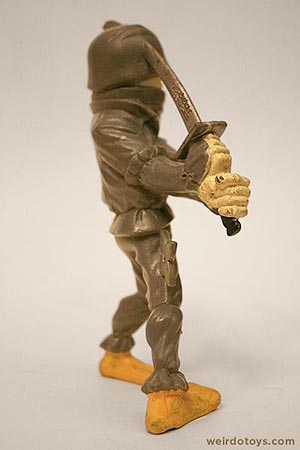 I had no idea what this guy was, but he was marked ©Crayart, so that gave me a clue in my search. After a bit of online research, I’ve pieced together that this character is None Chuck from a toy line called “Weird Ball” released by Mel Appel in 1986.

It’s apparently a toyline based on trading cards of the same name. They’re an obvious ripoff of Garbage Pail Kids, Madballs and Wacky Packages. 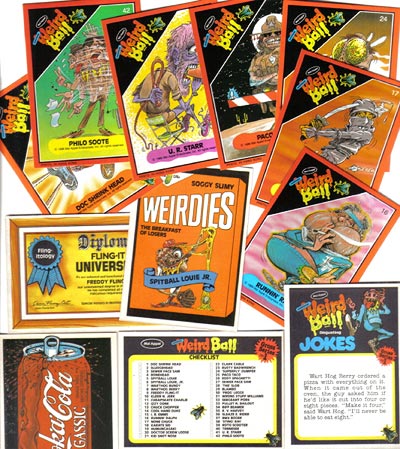 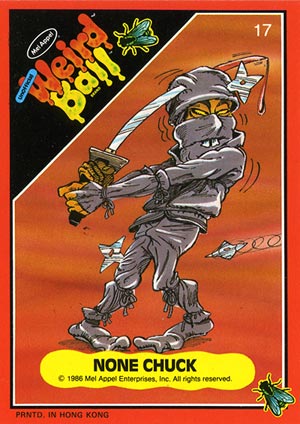 They even had “Mini-Collectums”… a ripoff of M.U.S.C.L.E.

Now I’m on the lookout for some Weird Ball toys. If you have any you wanna get rid of, send ’em my way.

(… and yes, I know I just recently posted about a ninja.)