A month or so back, I was poking around a toy show, and as usual, I didn’t find much that interested me. (That kind of thing happens when your tastes become more and more obscure I guess… dang it)

In sad situations like that, I eventually get to the point where I’m thinking, “I paid to get into the show… I’m leaving with SOMETHING.” This actually forces me to backtrack and look over every square inch of these dealer’s tables. And that is when you’ll find some little thing you’ve previously overlooked (and be you’ll be forced into more awkward toy conversations).

And what I initially overlooked is this little gem.

What the hell is it? 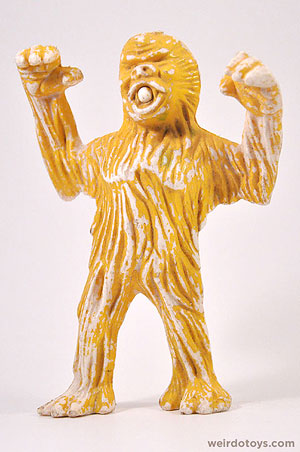 He’s 5.5″ tall with no markings whatsoever. The dealer I bought it from didn’t know a thing about it. He assumed it was from an old G.I.Joe toyline, but I’m fairly certain it’s not. I was actually hoping it was some strange Star Wars bootleg, because it looks like a wookiee choking on a jawbreaker or eating a ping-pong ball or something. 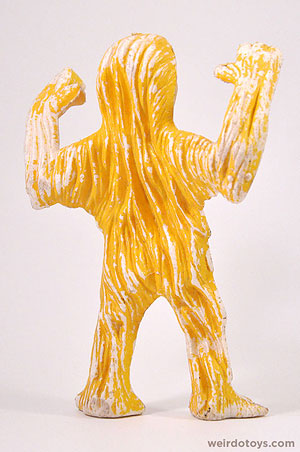 The distressed, yellow paint job, agonized facial expression and ball in the creature’s mouth – sure, he looks weird, but in my heart I knew this figure had a simple, sane origin. It’s probably from some vintage safari-themed toyline. 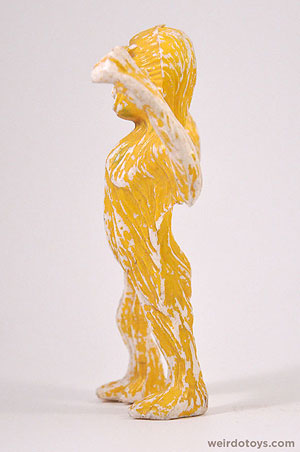 Well, with a little bit of digging (AKA asking some buddies on a toy discussion board), I discovered that this is actually a yeti figure from a vintage Evel Knievel playset by Ideal Toy Company – “Escape from Skull Canyon.” 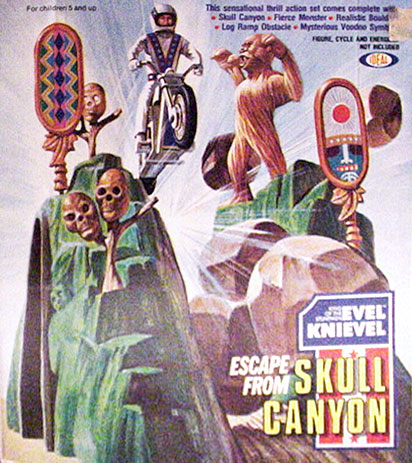 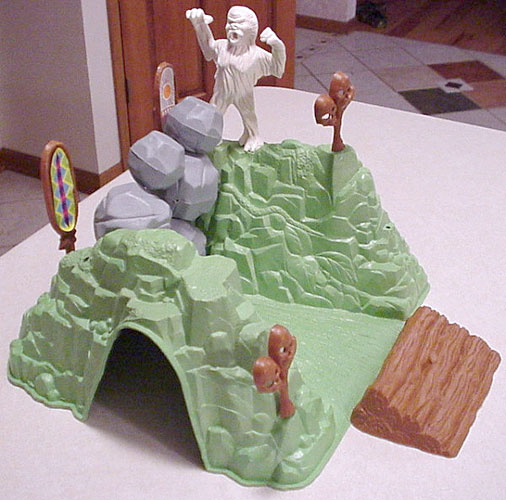 Apparently one of Evel’s death-defying stunts was driving through a canyon occupied by an angry Yeti who drops boulders on him.

This guy reminds me a lot of the green monkey I featured here a couple years ago. 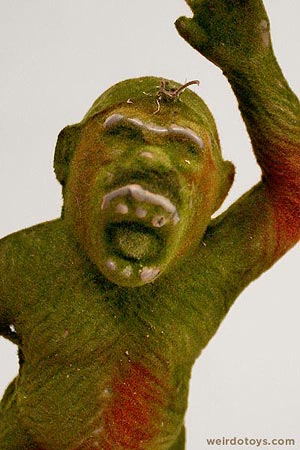 They’re both equally weathered, and the yeti looks just as angry. (Do these emotions stem from years of the toy’s having been neglected?)

So, now that we now know what this toy is, I’m still left with some unanswered questions. Why is my yeti figure yellow? And… 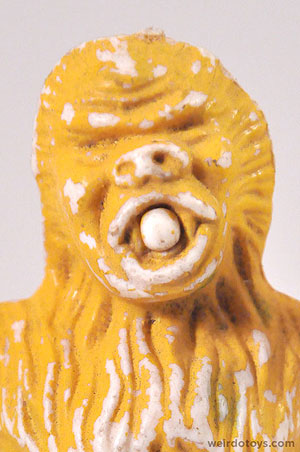 Why the hell does he have a ball in his mouth?