I don’t want to go too much into the history of the original Teenage Mutant Ninja Turtles (TMNT) action figures by Playmates, but just know they were released regularly for about 10 years and with each new series, the character variations got more and more varied (and absurd). The thing is, the toys and characters were always really quirky, fun and well-designed no matter how lame the variant themes were.

Yeesh! So after all that, at least they threw some awesome robots in the mix. 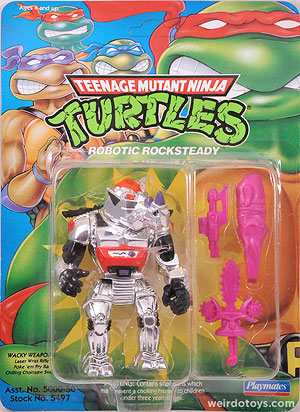 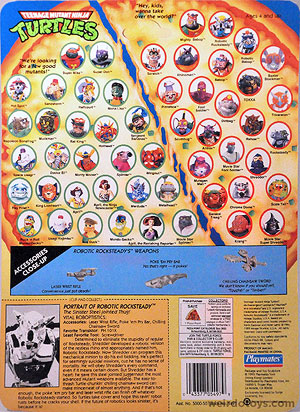 Let’s take a closer look at these guys. 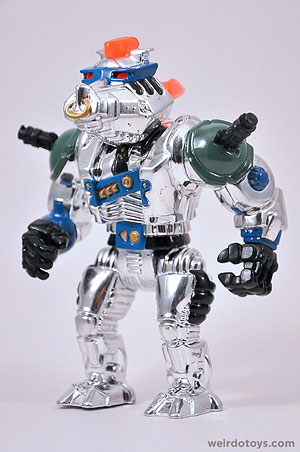 Well, one of the first things you may notice is the “chrome,” vacuum-metalized finish on these figures. That’s the main reason I noticed them to begin with. 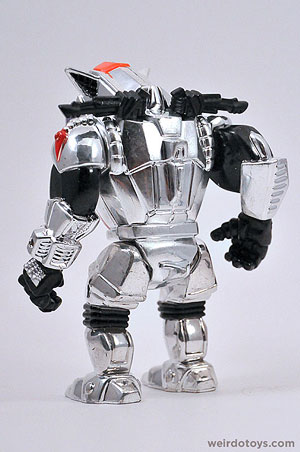 How cool is it to have super-shiny, clunky, bad guy robots? They’re just so quirky and fun. I wish they’d made a whole robot series of all the main TMNT characters. 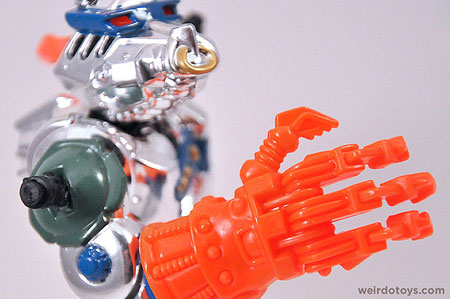 These robots even come equipped with super-bright, neon-colored weapons and accessories. 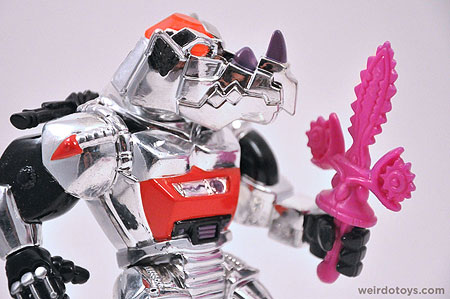 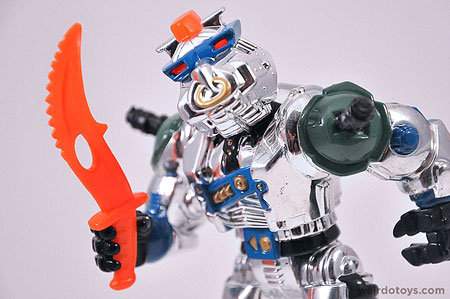 You wouldn’t think these guys need weapons to get the job done, but they’re cool looking nonetheless. 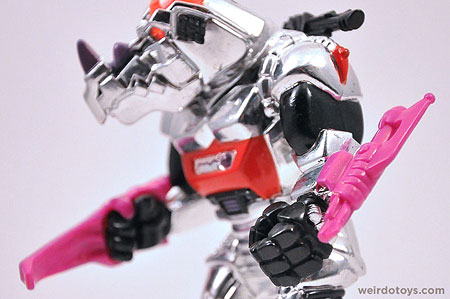 (Another random detail worth mentioning is the Robotic Rocksteady I have comes with neon purple-colored weapons instead of neon orange. Not sure if it means much, but I thought I’d mention the color variation.) 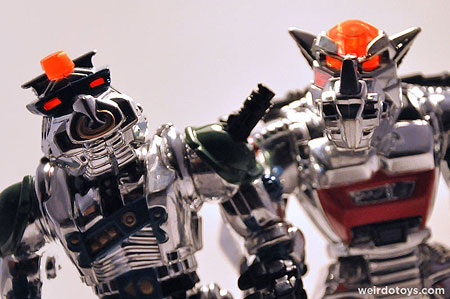 As I mentioned before, I love these blocky robot designs. The metallic finish is an awesome way to reinforce the idea that these guys truly are robots. But the most surprising and effective robo-detail is the translucent colored plastic in their heads which catches light, giving them the glowing-eye evil robot look. Priceless. It’s a classic toy gimmick which makes these figures absolutely perfect.

So, we’ve established how great these figures are, but there’s yet another detail that makes them a bit more interesting for you Turtle cartoon fans. It turns out these aren’t just another wacky TMNT toy variation, these robo-mutants appeared in the original Ninja Turtles cartoon . 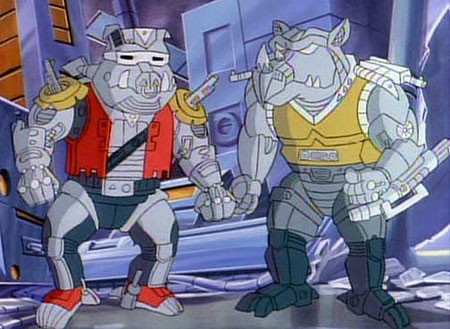 They appeared in an episode called Super Bebop and Mighty Rocksteady although in the episode, they are actually referred to as “Super Rocksteady” and “Mighty Bebop” (And to confuse things a bit more, there was actually a Turtles toy called “Mighty Bebop,” which depicts Bebop as a superhero. Sheesh).

Here’s a clip from that episode.

The toy designs are a fairly accurate depiction of their cartoon counterparts. The only real difference is their color scheme.

While researching these characters and the episode, I stumbled upon a pretty cool site called ZMFTS (Zobovor’s Multi-Faceted Talent Showcase). This guy, Zobovor, repainted the Robotic Bebop and Rocksteady to create these cartoon-accurate customs. Nice job! 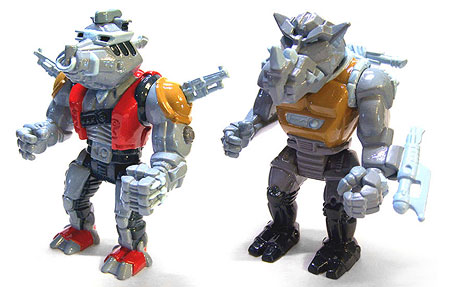 The site actually features a bunch more awesome TMNT customs. Here’s a breakdown of how he created the cartoon-accurate Super Rocksteady and Mighty Bebop. 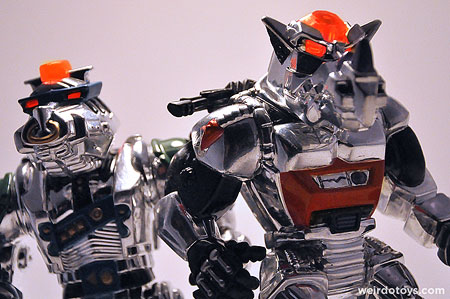 So what have we learned today kids? Reinterpret any character as a clunky, shiny robot, and I will fall in love with it.