Alright, let’s see what we’ve got this time. 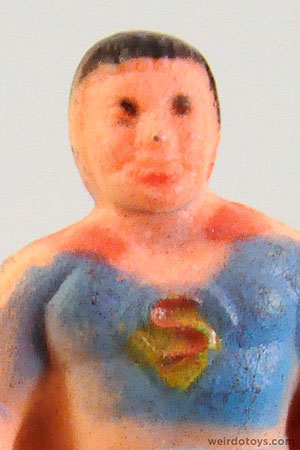 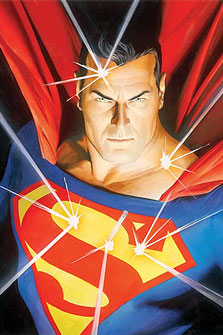 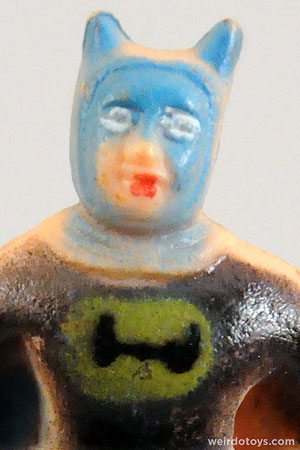 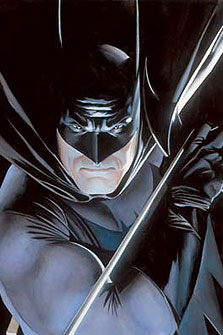 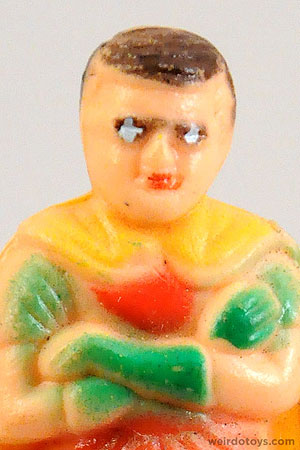 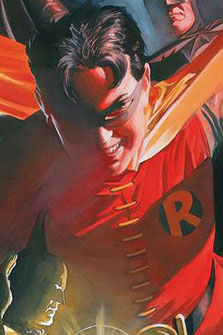 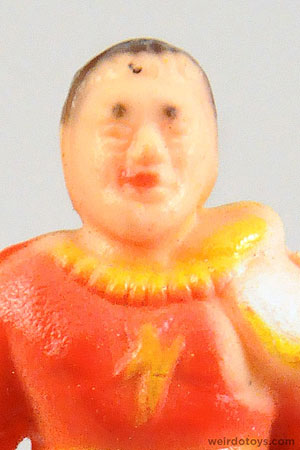 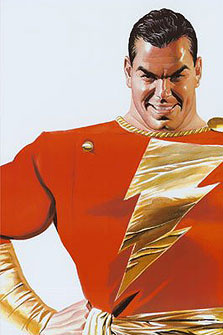 … and Captain Marvel (who some folks call “Shazam”).

No matter how horrible they may be, you have to admit, these characters are immediately recognizable. Is that because they have classic, well-designed costumes?

The characters have just been around for so long, their colors and patterns are burned into our brains. You could put a chimpanzee in blue and red pajamas, and I’m sure everyone would say he’s Superchimp. (Even without the logo.)

Anyway, back to my point. These are some ugly-ass toys, but they’re great. It’s their superbly poor production values that make these things so unique and interesting.

I actually picked ’em up at a toy show several months back. These lil’ guys have no markings at all, but the dealer I bought ’em from says they’re cake-toppers from the 60s. 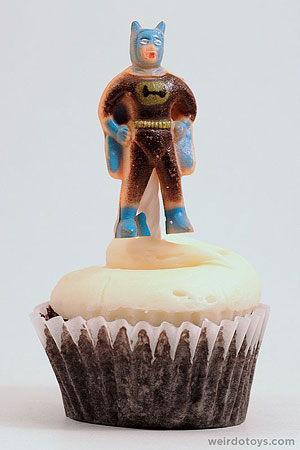 I dunno. Seems like a possibility I guess. They do have holes on the bottom for you to conveniently cram a candle up their butts.

How would you feel if you saw these things on your birthday cake? I’d be excited 😉

I have no clue who made these things or even if they’re even official merchandise released by DC Comics.

As I stated early, they are just bizarre, “not-quite-right” 2.25″ versions of some of our favorite superheroes. So what if they are just cheap (actually, they were a tad costly), little pieces of crap. They are fun.

I’m pretty sure any kind of licensed DC Comics cake topper (or any toy for that matter) produced today would be generic and more strictly follow a model sheet or standards guide. It would probably look something like this. 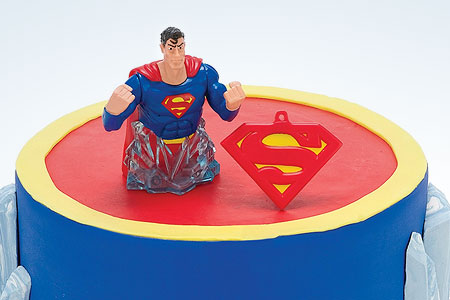 Where’s the fun in that? That guy actually looks kinda like Superman. Lame 😀

On a side note – while researching these cake toppers, I came across some more mini statues that were very, very similar to what I’ve shown you (if not the original versions these pieces were based on). 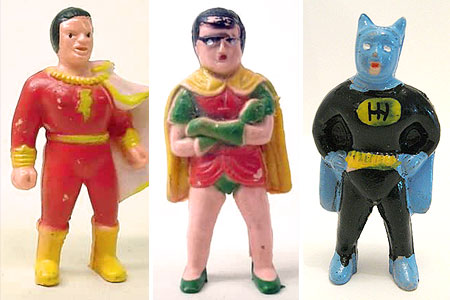 These Capt. Marvel and Robin toys were actually listed as rubber pencil toppers on Gasoline Alley Antiques website and were made in Hong Kong in 1970. I actually found the Batman figurine in Reis O’Brien’s (of Geek Orthodox fame) About.com’s “Batman collection” article. His is supposedly made in China, and it has a completely different look as well.

My mini superhero cake toppers are hard plastic (maybe even very hard sugar?). They have no markings at all, and they’re painted a lot more haphazardly.