I think this is it.

Quite possibly the most horrible, disgusting, poorly-produced toy I own.

He’s a hairy beast, trapped in his own cobbled-together body – screaming in agony, because he’s stuck in this constant state of crappiness.

Seriously. The guy looks like a failed prototype of a prototype or a badly-built model kit or something. 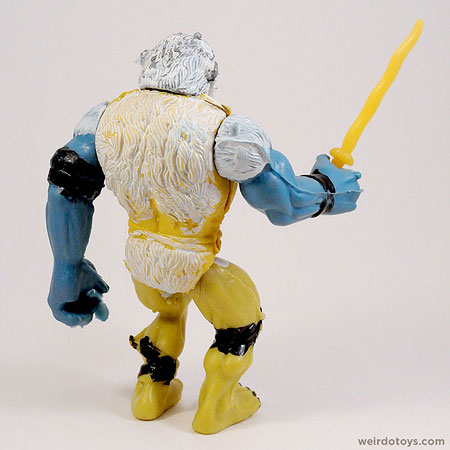 Another weird thing about this monstrosity is its potent chemical smell. Not only does it stink, but the smell actually rubs off onto your hands when handling this thing. Now that’s a first in my toy collection. Even Stinkor’s stench doesn’t rub off on you. 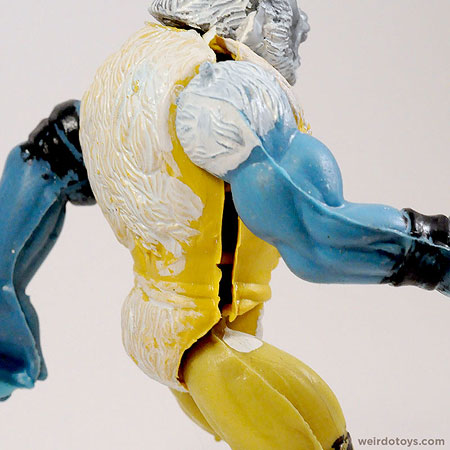 His pieces don’t even fit together properly, and he looks like he was painted by a small child… with a poor motor skills… using a partially-crusted, dry brush from a bottle of white-out.

I know this is a bootleg possibly produced using child labor, but c’mon! Teach those kids to paint! 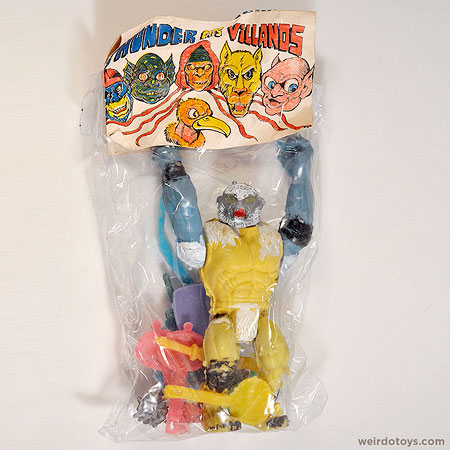 Oh, wait! The figure came in a little plastic baggy with a header card and everything. It looks so legit now! 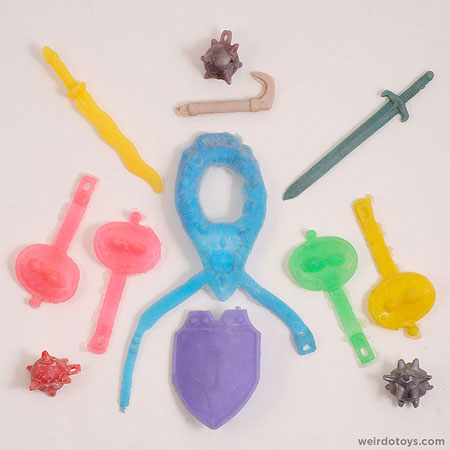 And look at the huge assortment of accessories he came with… which he can’t even use.

Wanna know why? Because most of the stuff was re-purposed from smaller toylines’ accessories – Masters of Universe, Galactic Fighters, Galaxy Warriors, and maybe a hint of Thundercats. 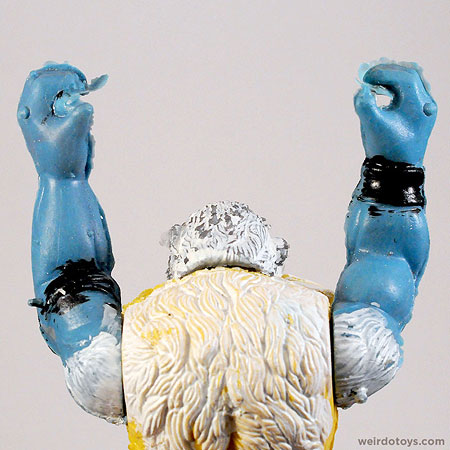 Well, at least he can hold the swords… but only in one of his hands. Wanna know why? Because the shoddy production processes left him with some much extra plastic flack all over his body, his hands are filled and closed off.

Well, there is one saving grace to this figure – that custom package header. Let’s take a closer look. 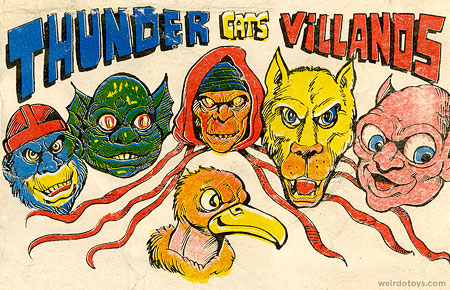 Not bad. I mean it’s crappily printed and all, but it looks awesome. It’s actually an original piece of art – hand-drawn typography and semi-sloppy comic art style. A lot of artists and designers strive for this look. You’d normally expect to see re-purposed packaging art from the original toyline on these Mexican bootlegs. I really like the personality of this piece (I even made it into a desktop wallpaper for you.).

I wonder what the original toyline was. I’m guessing it’s Thundercats. My first clue was the title “Thunder Cast Villanos.” Ha! Plus I recognize some of the characters in the artwork. (From left to right) Looks like we have Monkian, Slithe (who looks freakin’ great!), Mumm-Ra… and ummm… some wolf guy (is that supposed to be Jackalman?) and… uh… is that Golem from Lord of the Rings? Looks like Vultureman on the bottom though. 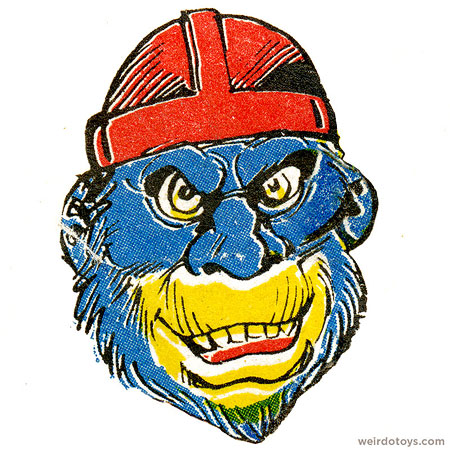 So, there you have it. The most disgusting Monkian bootleg you’ll ever see, and the crappiest bootleg toy I’ve ever owned (and the greatest wedding gift – thanks Jason!)

If you’re one of those folks who’s not even sure who Monkian is, or what the original toy looks like, here’s a pic for you. 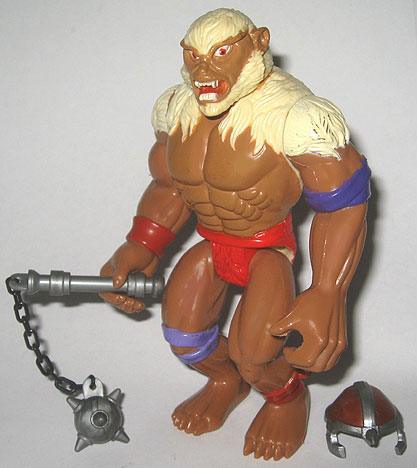 I actually had the original figure as a kid. I liked him well enough, but he was never really as cool as all the He-man figures I had him surrounded by. 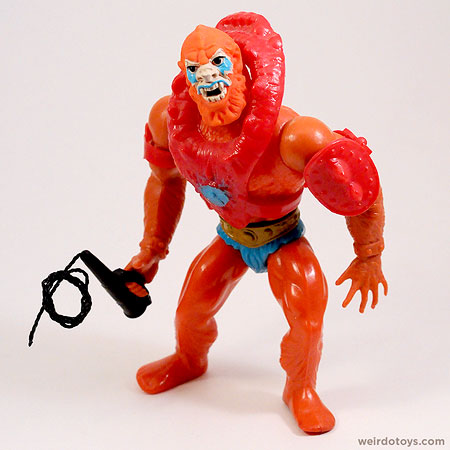 He was a wannabe Beast-Man in my book.

Don’t believe me? Check out this boring, yet semi-fun video of Monkian “in da club.”