So, I found this nappy, scraggly, disgusting piece of plastic at a flea market years ago. Funny thing is, this little lady looks like she might actually have fleas. 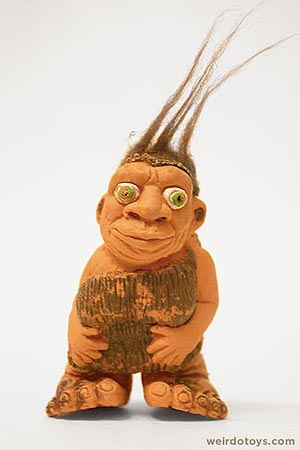 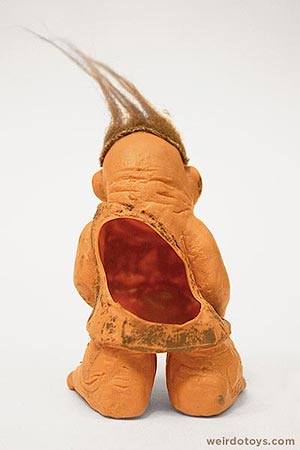 She looks like she could be E.T.’s mom. Look at her! She’s a chubby E.T. with hair, boobs, and a furry dress. 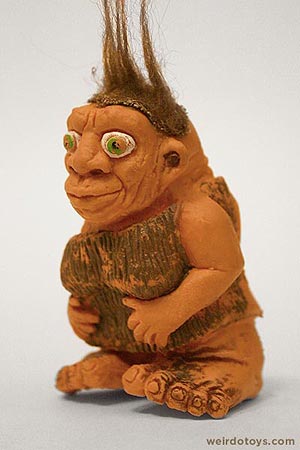 My only clue to what she is is the fine print on her posterior that reads © Anjar 1989. I’ve currently been unable to find any details about caveman finger-puppets.

I know when I bought this thing, it reminded me of the old Nintendo game, “Caveman Games.” It was basically prehistoric versions of the Olympic Games. Fun stuff. 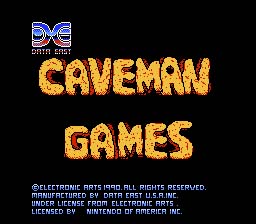 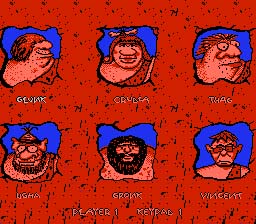 … Much better than recent caveman entertainment. Like those Geico commercials that have “evolved” into a crappy show on ABC (I haven’t seen it. I’m just making assumptions and talking trash.) I remember the good ol’ days of caveman entertainment: The Flinstones, Unfrozen Caveman Lawyer, Captain Caveman, Caveman (the movie), Encino Man… well, maybe it wasn’t so great afterall.