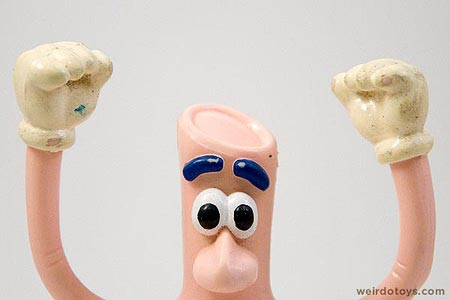 So what’re we looking at here?

Hm. This guy’s flesh-toned (caucasian flesh), he has a much bigger schnoz than Gumby and he’s wearing those cartoony white gloves.

Nah. Probably not a Gumby knockoff. 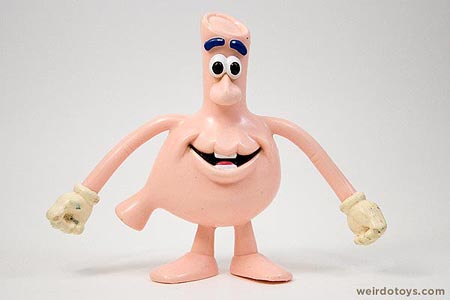 In all seriousness, this little guy is a mascot bendy toy from 1988.

A mascot for what you ask? 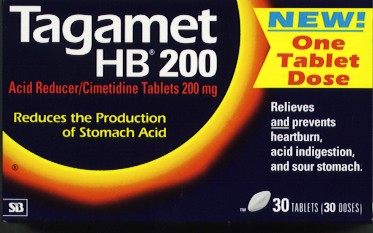 When I picture an ulcer-ridden stomach, I imagine something more like this. 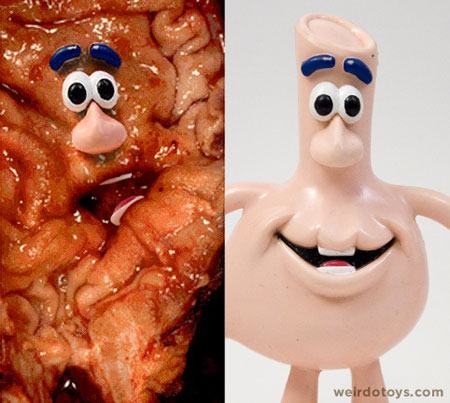 Glad to see they could “cutesify” the acidic stomach concept a little bit.

Following in the proven-successful, marketing footsteps of Joe Camel, we now have the child-friendly Tagamet Tommy.

What better way to sell a genericly-named drug that helps you treat a symptom instead of a cause.

Let’s get kids hooked on antacids with the Tommy’s adorable smile.

I forgot to mention, this bendy toy was originally firmly attached to a base which depicts a cartoon version of Tommy Tagamet (Notice that whoever designed this toy totally screwed up Tommy’s eyes and nose placement.). The figure was attached to the base only by an adhesive, so I was able to just pry him off. I think he’s a better toy because of it. Now he’s a free-standing stomach… helping the kids survive their oh-so-stressful lives. (I can picture it now – Tommy busting into the room like Kool-Aid Man. “Oh yeah!!”)

I’m don’t think Tagamet Tommy is hanging around much these days. He’s not on the Tagamet website or anything, but if you need more drug mascot love, there are actually some other characters with personality that might make for some decent weirdo toys.

We have the loud-mouthed Mucinex Mucus guy or the Lamisil toe-fungus guy. 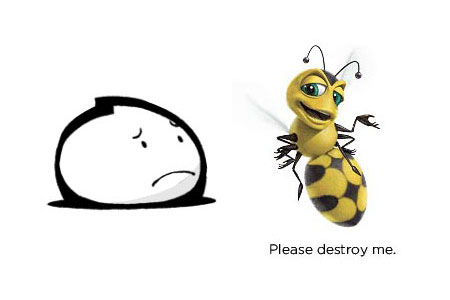 What we definitely do not need is a pet-rock toy for Zoloft or anything related to the annoying-as-hell Nasonex bee.

I hate that bee. He’s a generic, poorly-animated stock art bee with a Spanish accent. I dunno. He just bugs me (no pun intended).