Unlike all the other cool “geek bloggers” out there, I don’t have a 30-day countdown to Halloween. Sorry folks 🙁

But I do have something cool, quirky and creepy for ya.

Do you recognize this guy?

I’ll give you a hint.

It’s where Shepard Fairey got the whole “OBEY” schtick.

Still nothing? Here’s another hint. 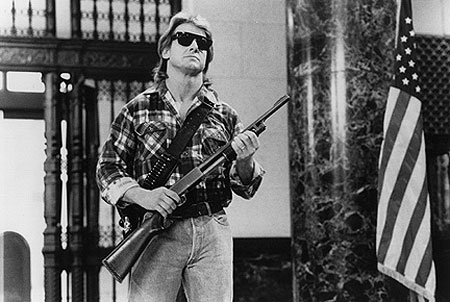 This is the man who said, “I have come here to chew bubble gum and kick ass… and I’m all out of bubble gum.”

Well, how about the lady with the “formaldehyde face?” 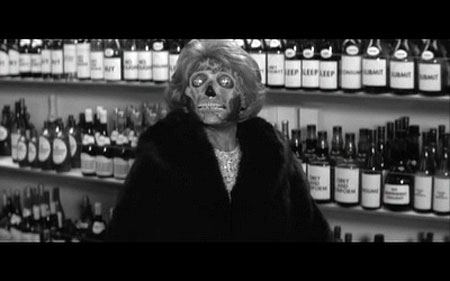 Yep, this little guy is one of those creepy aliens from John Carpenter’s “They Live.” It’s an 80s classic. If you don’t know the movie, then I’m really shocked you’re even reading my blog 😉

But for those who don’t know what I’m talking about, lemme give you a quick, quick rundown. “They Live” is an old, sci-fi/horror movie from 1988. It stars wrestling great Rowdy Roddy Piper as an average Joe who stumbles upon the fact that aliens have taken over the world. How does he discover this secret you ask? Through magic sunglasses of course. Ha!

I don’t mean to spoil it for you, but here’s a quick look at what those sunglasses reveal. (Make sure you still watch the full movie though.)

(Okay, I realize this isn’t a blog about old, horror movies, but I had to give you some context.)

That’s what makes this figure so great. He’s a super-deformed incarnation of an iconic 80s sci-fi horror flick alien.

You’re probably looking at this guy thinking he looks kind of simple for a movie toy, but that’s because he is one of the newest “made-from-scratch,” resin toys by artist, Motorbot. 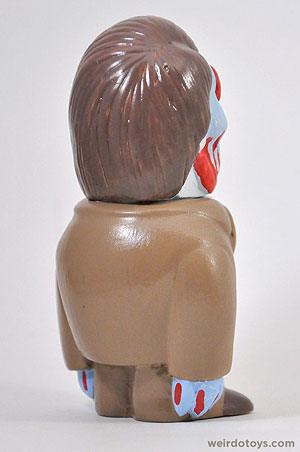 The figure is pretty simple. He has a solid body with a poseable head, and he’s hand-painted. He’s actually pretty well made, and I’m really thrilled to have this custom toy in my collection. I have a bunch of “one-of-a-kind” bootlegs from Mexico and stuff, but I don’t have many of these limited-run, made-to-order kind of toys like this.

I’ve followed Motorbot on Twitter for a while now. It’s always a pleasure to see his processes and the various creatures he creates, but it wasn’t until recently that I felt compelled to buy one of his pieces. I dunno. There’s just something about a skinless, bug-eyed, skeletal freak in a suit that calls to me. 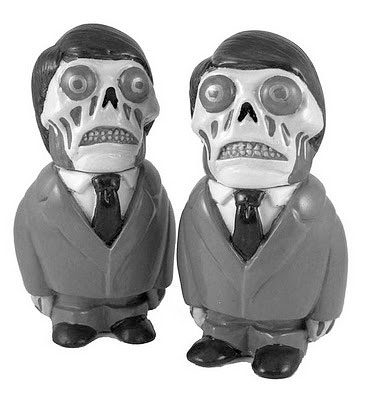 There’s an alternate version of Formaldehyde Face available as well. This one has a gray color scheme, which depicts how the aliens look through the magic sunglasses.
(Support a fellow toy maker and check out his shop. He’s got some cool stuff up there.)

Oh crap! Before I forget, there’s one last thing I wanted to show you. Here’s the fight scene from “They Live.” It’s not just any fight scene. It’s the most infamous fight scene in movie history. Thanks John Carpenter for giving us a 5-minute long street fight instigated by a seemingly trivial request to put on some sunglasses.