I know I’ve been MIA on the blog lately, and unfortunately, I’m going to be gone for just little while longer. I’m even staying off Twitter for a couple of weeks. But before I escape the internet for a while, I’d like to leave you with some weirdo tidbits.

It’s another Twitter Roundup and Weirdo Searches. It’s been a while, so here we go.

First up is the Twitter roundup. I’ve become a lot more active since I started doing these “roundups.” If you aren’t following me on Twitter, then you’re missing out on some random toys and things that never make it to the blog. You’ll also get a glimpse of my boring, day-to-day existence. I think most folks stay for the toys.

(Plus, that little tab on the left side of screen can show you what you’ve been missing)

Here’s a small sampling of what you might have missed. 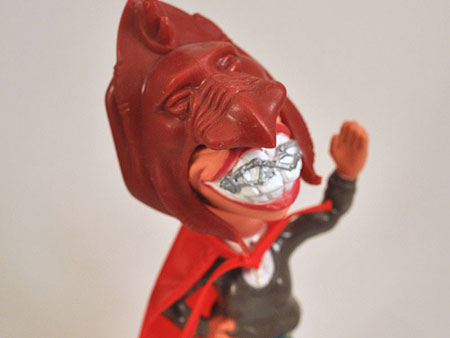 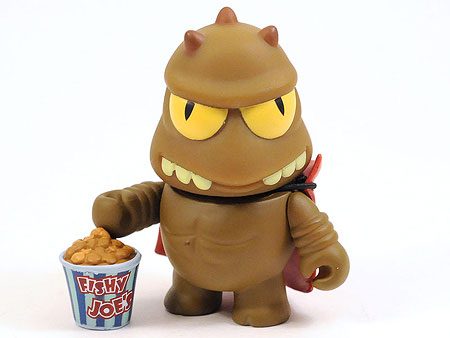 One of many Kidrobot Futurama toys I received today.

Found a new face for the Magic Monster. Looks a lot like me. 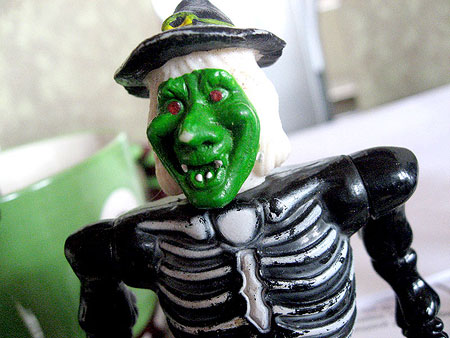 Another look at Optikk. This time he’s animated. 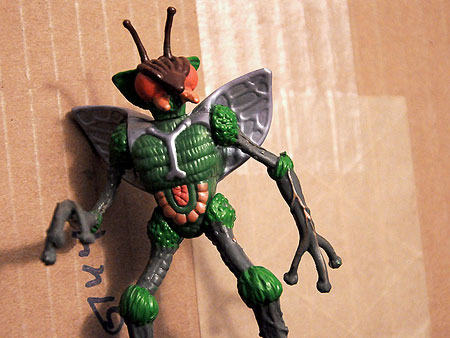 Picked up one of the Socket Poppers I “needed” – Monster Fly

Most aren’t on display. This is may be the only organized area 🙁 @iPHONEbraggyBoY 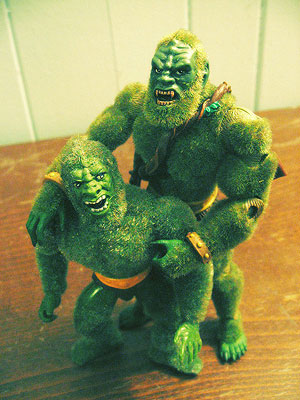 They’ve unearthed an old family photo of Moss Man and his dad. 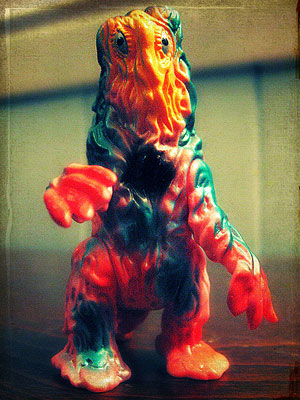 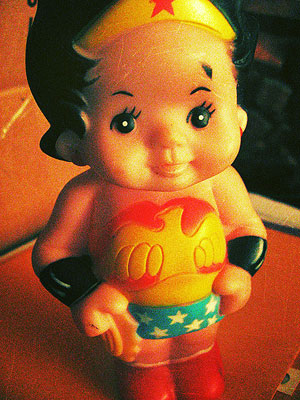 Yep. There’s a Wonder Woman toy in my collection… kind of.

And now on to the coveted “Weirdo Searches.”

For those who are out of the loop, I used to occasionally tweet some bizarre Google searches I’d find when reviewing my site analytics. That eventually grew to a 10-20 point list I’d publish here. It’s been nearly a year since my last list. A new one is long overdue.

Well, here’s a look at some funny bizarre things people have searched, since the beginning of the year, to get to my site:

17. “goofy jesus”
Is that a fun-loving Jesus or a new Disney spinoff?

16. “apple sells out to the devil”
Just reminded me of Apple Devil. That’s all.

15. “disturbed mascot toy sale”
I’d like to be at that toy sale.

14. “why am i such a random gross weirdo?”
I dunno. Been wondering the same myself.

12. “brick walls and wire intestines”
Sounds like the makings of a brick-and-mortar robot.

10. “cutting off a monster head and growing back two”

9. “danny glover looks like a gorilla”
That seems so wrong… ’til I saw that still from the King Kong movie.

8. “squeeze a dinosaur and it vomits on you-toy”
I want this toy.

6. “just got asked if i’d like my gammon rare”
Gammons are inherently rare I think.

5. “does ben grimm have genitals”
I’m not sure, but I overheard Johnny Storm admit Ben’s got some “stones” on ‘im.

4. “gorilla toys that act real but they are not”
They’re definitely more fun if they’re not real. Less Genital and face mutilation.

3. “bootleg underwear”
The real thing is just too expensive.

1. “i need a birthday cake that looks like a body after an autopsy”
Ha! Now that’s just weird. I need to see that. Lemme Google it quickly…
… Ah. Found photos of Michael Jackson. Scary.

That’s it for today kiddos! Enjoy yourselves and stay weird. I’ll catch up with you again in Mid-April!