Well, last time I thought I’d show you some cool “knock offs” of your favorite super heroes, but today, we’re taking it to full-on “bootleg.”

So what do you get when you combine the world’s three most popular comic superheroes into one figure?

You get a mess.

If you can’t afford a figure of each, might as well combine ’em. right?

Let me introduce you to a bootleg figure I like to call Super-Spider-Man. 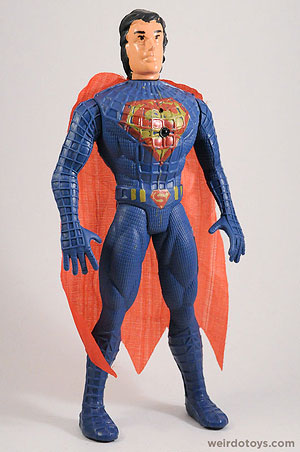 He’s the best of all your favorite superheroes! 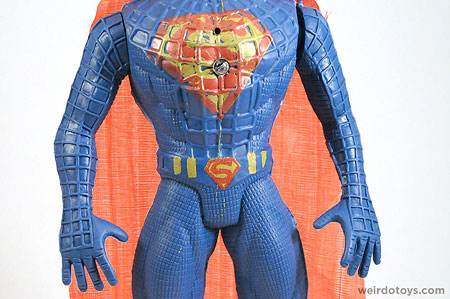 The body of Spider-Man painted as the costume of Superman… 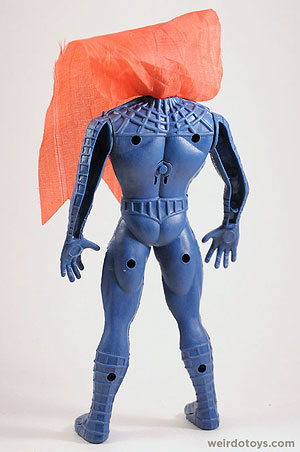 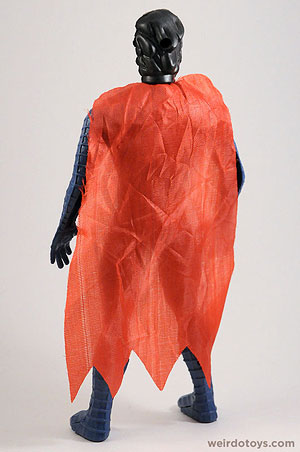 … topped off with the cape of Batman. (It’s red, but I’d recognize that jagged, zig-zag cape pattern anywhere.)

So, yeah. He’s freaky enough as it is, but look at this!! 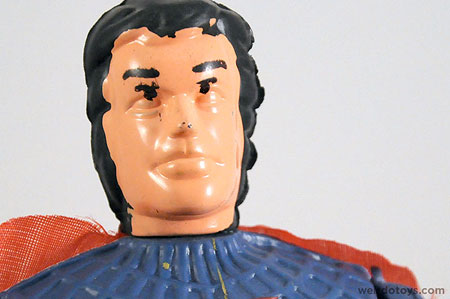 His eyes are crawling up his head. Is this Superman’s new approach to hiding his identity?

Out of curiosity, I decided to put his eyes in their proper place. 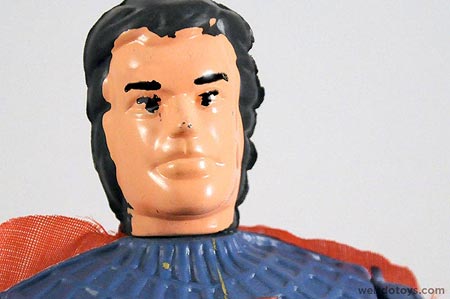 I “Photoshopped” ’em, and I’m not quite sure he looks any better.

So, we’ve established this guy’s a horribly-produced bootleg – complete with the weird hollowed-out arms, scraggly paint job, but he does have one more small surprise.

Did you notice that weird, little button on this guy’s back? It actually activates a little, red LED in his chest. 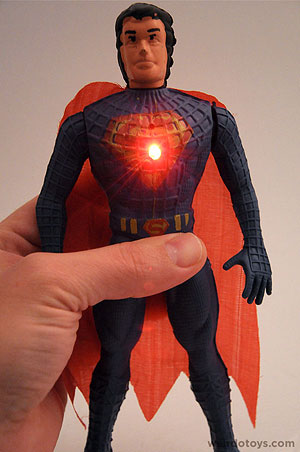 Awesome! I think this is his bootleg heat-vision! (His eyes relocated, so maybe his heat-vision did too.)

I’m scared to look into the light.

Whew! If the crappiness of this toy doesn’t blind you, at least the LED will. Maybe if you stare at it long enough, you’ll go blind and will never have to see this monstrosity again.