This Blow Up Dolls mini-figure is a depiction of Capt. Dingus Dog as Laika (the Russian dog which was the first living creature from Earth to enter orbit). The astronaut concept is pretty clever, but it is its quirky, beautifully drawn, highly-stylized design that made me fall in love with it. It is visually reminiscent of the collection of prints created by The Little Friends of Printmaking (in fact that dog’s face was taken directly from one of their posters). 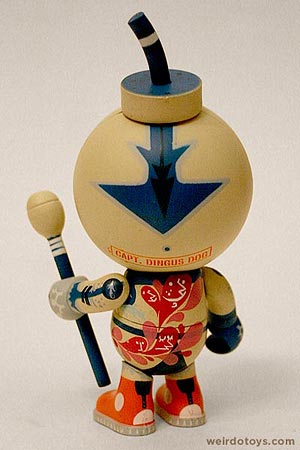 So, I’m sure some of you already know about Jamungo’s Blow Up Dolls. These little toys have the classic, cartoony bomb for a head with a fuse and a matchstick (get it? Blow up Dolls?). They’re another in a long line of collectible designer vinyl toys.

I’ve always liked the 3D design of the Blow Up Dolls, but I was never compelled to buy them, because the 2D artwork provided by each figure’s designer never really impressed me. It wasn’t until I found out about the new Series 2 and its inclusion of one of my favorite poster design teams, The Little Friends of Printmaking, that I absolutely had to buy one.

As with most of the other “collectible” vinyl toys, the Blow Up Dolls are blind-boxed, so you really don’t know what you’re gonna get. This is a real challenge. Especially if you’re like me, and you only want a specific figure. Luckily, LFOPM made it easier for me. I bought this directly from their webstore.

The Little Friends of Printmaking are a husband-and-wife silkscreening team based in Milwaukee. They have been creating gorgeous poster art since 2003. Here’s a look at some of the posters they’ve done (notice the dog drawing they used for the Dingus Dog toy). 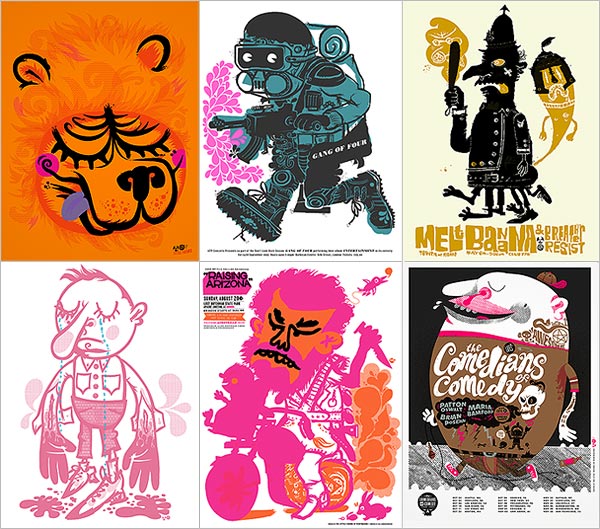