Wow! It’s the first robot I’ve posted on the blog (and I’m sure it won’t be the last)! Let’s check ‘im out. 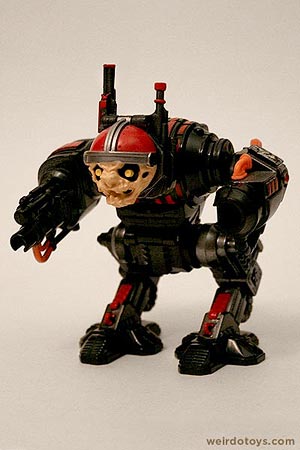 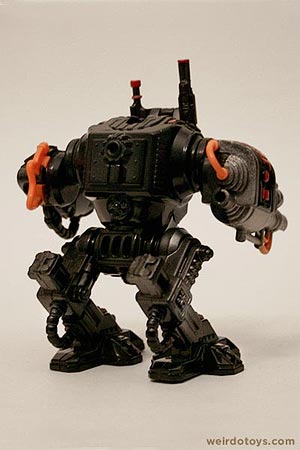 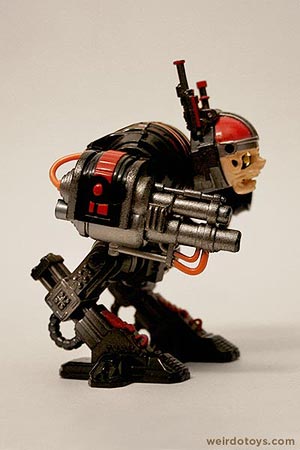 I found this toy at a flea market a couple of years ago. It may not seem like much. I think its biggest appeal for me initially was its creepy, skeletal face on the fully-mechanical robot body. It almost seemed to be the decayed remains of ED-209 (you know… from Robocop). 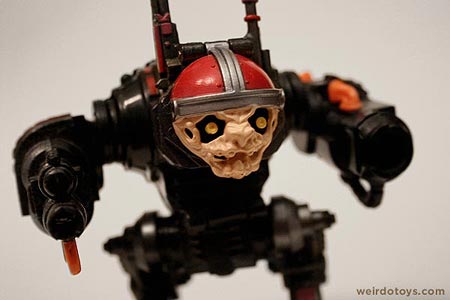 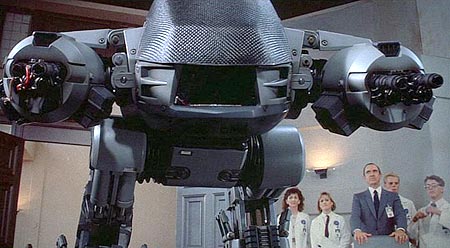 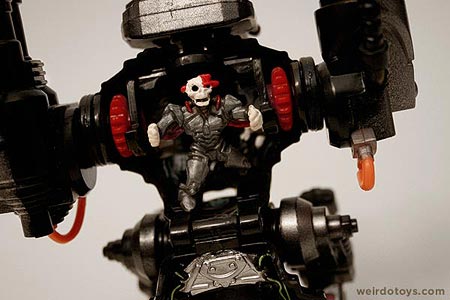 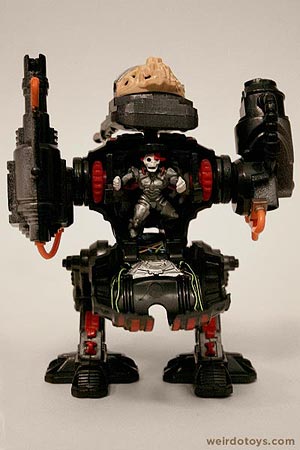 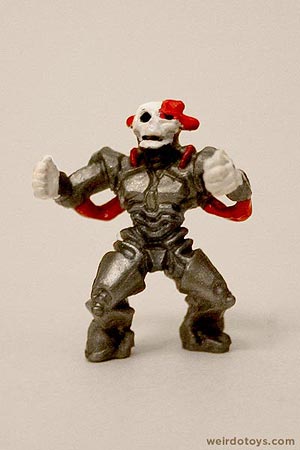 My gut reaction was that this is a Mighty Max toy. I never paid much attention to the Mighty Max toys or cartoons from years ago, but I knew they existed. If you don’t know what Mighty Max is, just imagine the “masculine” version of Polly Pocket (you know, those little makeup kits that opened up to reveal cute little scenes – houses and whatnot). Due to Polly’s success, the Mighty Max toyline was born. It was made up of monster heads, dinosaur-heads, aliens… you know, the cool boy stuff (If you want to know more about the toys or the cartoon, you can find info at the Mighty Max Portal).

The only info I found on the toy was “Bluebird (which is apparently the company that made the toy) ©94″ and a “MM” logo. Sure enough, one minute and one Google search later, I found that this is indeed a Mighty Max toy. This is Cybot, and he’s actually part of the “Action Masters” series which were more like action figures that opened up instead of little spaceships or monster heads or whatever. I also found out that this guy originally wore sunglasses and had “ammunition” for his guns… so I’m missing those.