Look at the toy of the monster where these are cool!

Japanese toys. They’re commonly small, blind-packed (which makes them “collectible”) and bizarre in the eyes of most Americans.

I recently purchased these four figures in a blind pack from a vendor in Japan. It’s a small set made by TOMY. I’m not sure how old it is, and i’m not even sure what these characters are. Careful though. The toys depicted on the package are different than the ones i got upon opening the box (the ones in the box were actually better).

The only thing written in English that can be considered a description of these B-list creatures is something i found written on a label: “Daiei Tokusatsu Series 2 Soda Pop Candy.” That’s no help to me.

To spice things up, maybe I can use the Masters of the Universe naming conventions to describe these guys.

First we have, Bould-Ear-Dash – the furry, rock-headed ear doctor (notice his otoscope)
(Click to enlarge) 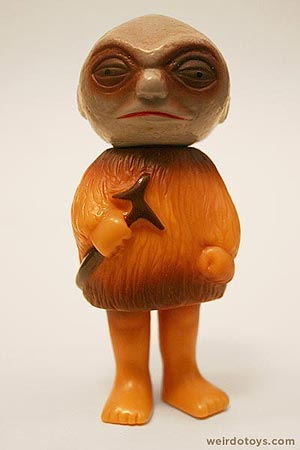 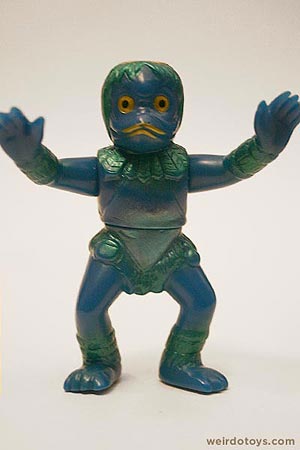 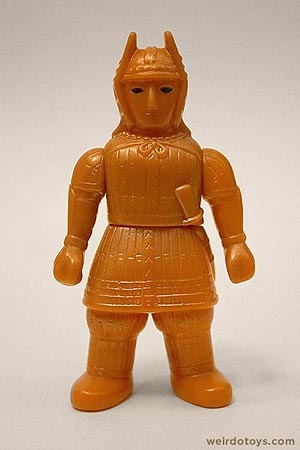 Lastly, we have Cumulos – a reptilian bird man (Stratos’ evil brother most likely)
(Click to enlarge) 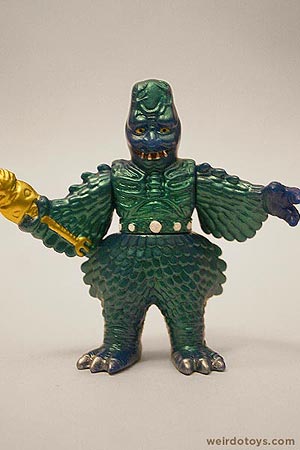