You know those little green army men that we all had growing up? We kind of liked them, because they were cool military guys with weapons, but we also hated them cuz they weren’t as cool and poesable like modern 3.75″ figures like G.I. Joe. 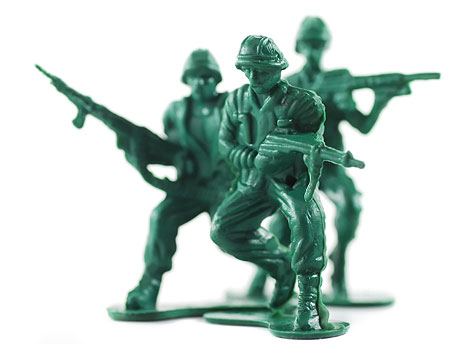 Well, they are iconic and will probably always be around for a long, long time.

But what if the classic army men adapted to seemingly steady incline of zombies in popular culture? If these mini figures follow the trend of recent comics, movies, games and even car commercials, I’m thinking mainstream zombie toys aren’t far off. 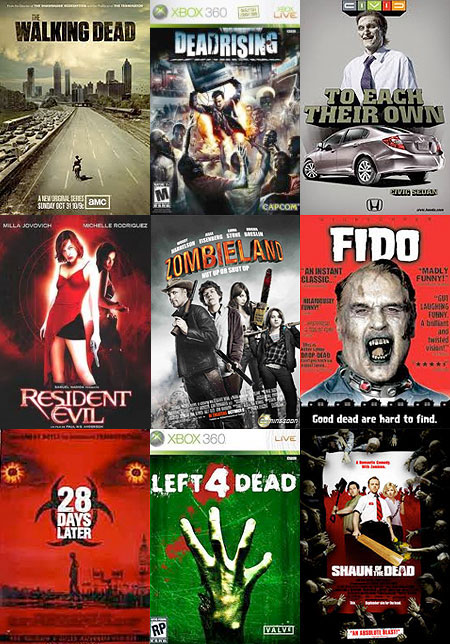 Well, thanks to the forward thinking and generosity of Weirdo Toys reader, Sarah Bush, we now know how these Army Men may look if they were “zombified.” 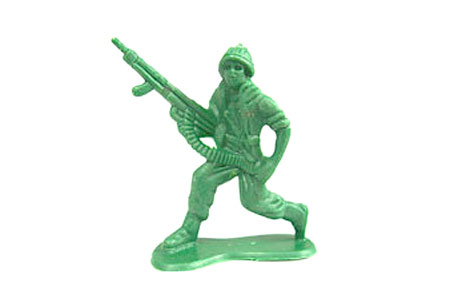 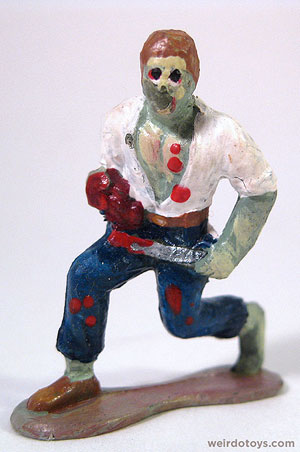 …but if he were a zombie, he’d look like this.

Instead of a machine gun, he’s now armed w/ a machete and it looks like he may have cut his own arm off.

Oh yeah, and he only has one shoe.

A while back I received this little gruesome guy in the mail, and I knew I’d eventually share it with you guys.

He’s simply called “Lil Zombie Prototype 3.” (I’m wondering how many of these customs are roaming the toy streets feeding on brains.)

It’s an unbelievably tiny zombie toy with some nice detailing. He’s only 1.5″ tall.

These ultra-closeup photos really don’t do the toy justice. Seeing a toy that’s so small this close makes it appear more sloppy and not very detailed. 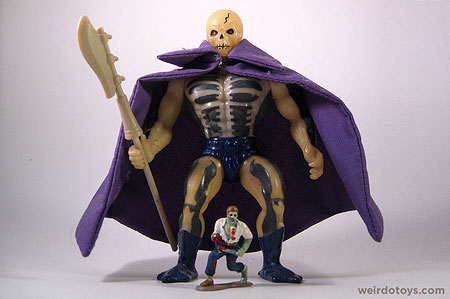 Just to give  you a sense of scale, here’s the Lil’ Zombie pictured with a Master of the Universe Scareglow figure (Why Scareglow? I dunno. He just happened to be close by, and I know you guys know how tall a MOTU figure is). Tiny, tiny zombie.

This toy actually reminds me a lot of the mini Z.O.M.B.I.E. figures by October Toys.

Thanks a lot for the prototype, Sarah. I hope to see more lil’ zombies making their way out into the toy world.