Question: What happens when a classic doll-turned-mascot of a Japanese mayonnaise company is combined with an equally iconic Japanese video game mascot? You get a weird, effeminate, childish mustachioed plumber. 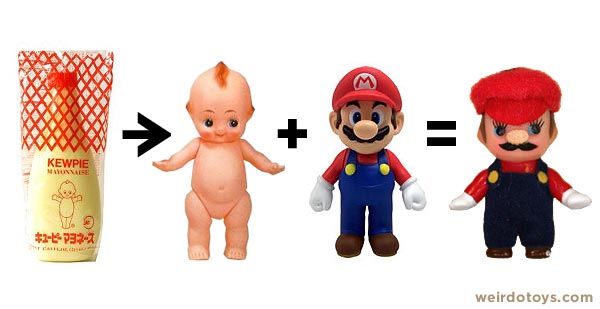 I’m sure you recognize the iconic Kewpie Doll. You may not know it, but this character is actually a mascot of the ever-popular Japanese Kewpie Mayonnaise. Freaky huh? And if you’ve encountered any Nintendo game (you know, the Wii of course) in the last 20+ years, you’ll recognize Mario as the mascot of the brand and a celebrity in a bunch of its games (Oh yeah… and there’s his second-rate brother Luigi who’s always left out of the spotlight). 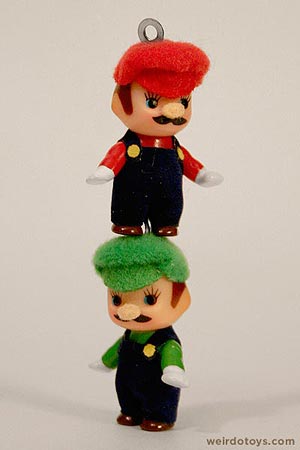 I first discovered these guys over at the Kotaku video game blog where they featured Kewpie Nintendo characters. I’m not sure if these keychains are licensed by Nintendo or anything. They were sold in an unmarked bag and the figures themselves have no markings either. (You think Nintendo would allow their most iconic plumber brothers to wear hats without their initials?) 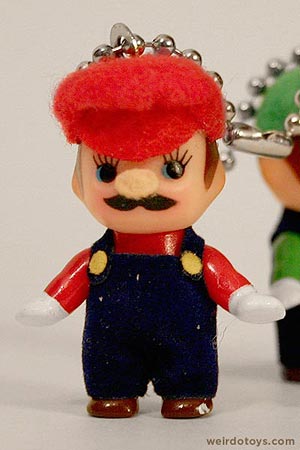 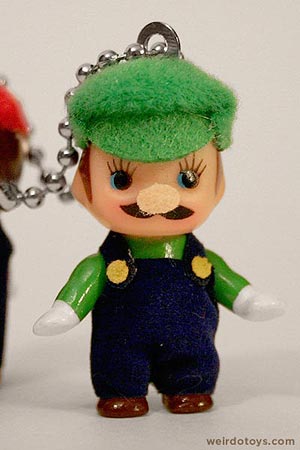 What’s funny about these little guys is the fact that they look like little kewpie kids in disguise. The painted-on hair and moustaches topped off with a little piece of fabric glued onto their noses helping create the illusion of a fat plumber.

One last thing. These guys are TINY! I was expecting them to be 4″ tall or something. Nope. They’re just under 1.5″.

These fellas are in desperate need of a Super Mushroom (dipped in mayo of course). 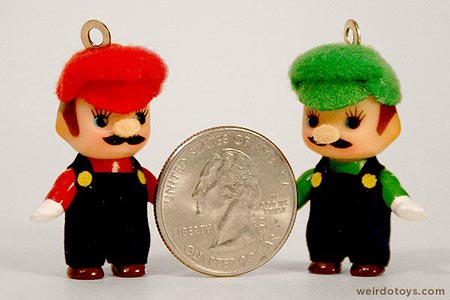 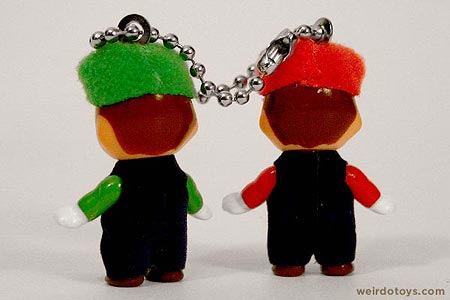