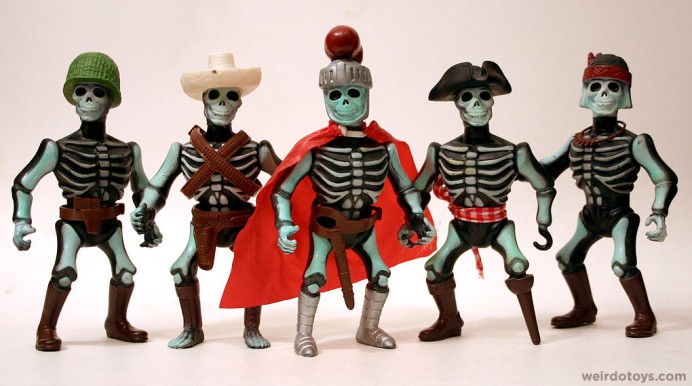 Alright. Prepare to be jealous. The toys featured in today’s entry are too cool for words (not literally… how else would I write about them?).

I found these fellas a few years back, at a toy show, lying in a cardboard box among some other generic toys. I got ’em for five bucks each or something like that. It appears that I’ve really lucked out, because I cannot find these things for sale anywhere.

I need one more figure to complete the set, but I figured I’d show ’em to you anyway. 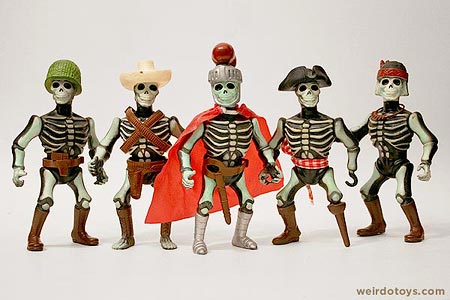 I’d never seen these charmingly goofy skeleton toys before, but after a quick search online, I found that these guys are from a toyline called Nightmare Warriors produced by MTC (Multi-Toys Corporation) in 1983. They are ghosts of historical warriors (but they look more like ghosts of the Village People)… and they glow in the dark.

Just a side note – I think it’s funny that these guys were buried nude, basically… only wearing boots, a belt and head gear. Weird huh? 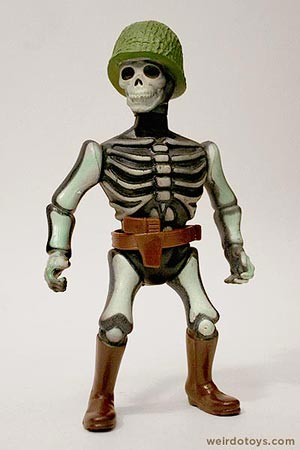 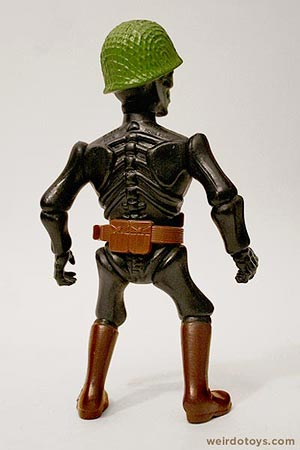 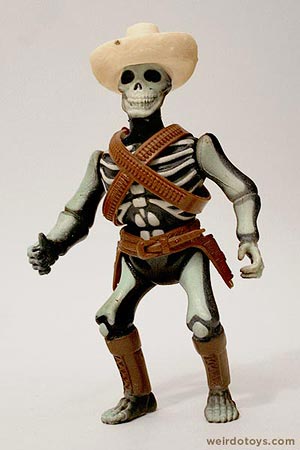 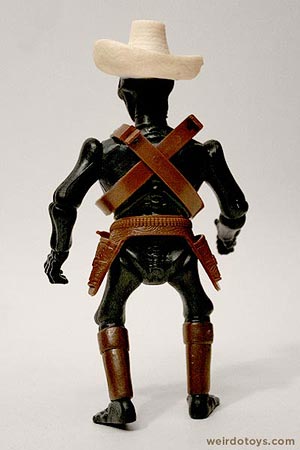 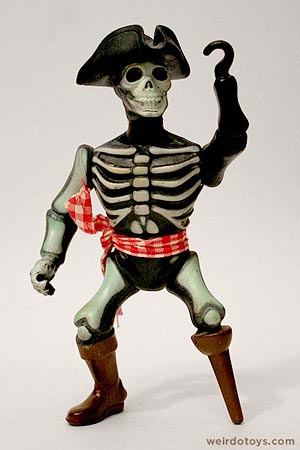 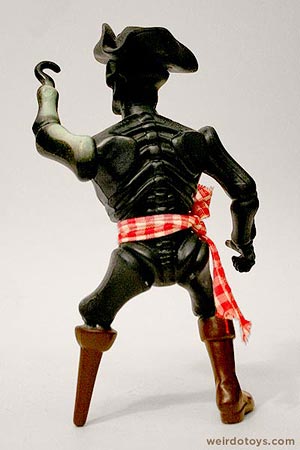 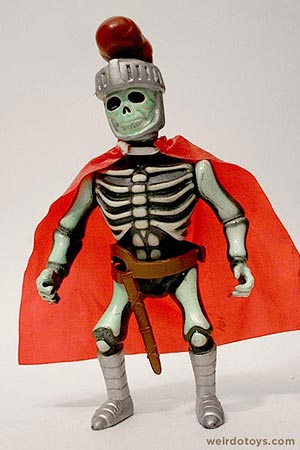 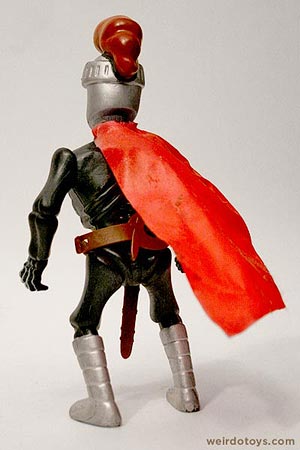 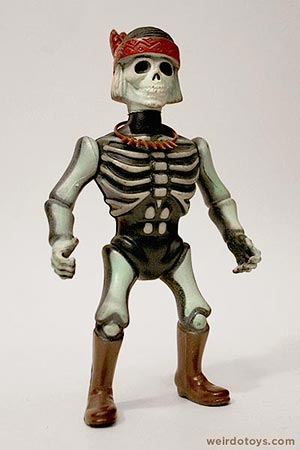 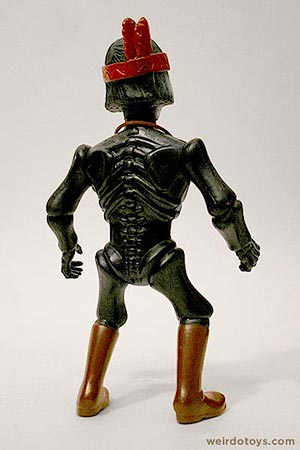 It looks like these guys were made to possibly cash-in on the popularity of the Masters of the Universe toyline. One could make the argument that they were inspired by Skeletor, but I think these guys are much cooler (and skeletal). Outside of the “skull face” comparison, they actually do have very similar hand positioning to the MOTU toyline (you know, one “grip hand” with protruding thumb accompanied by one wide-open hand.).

As you can see in these packaging pics, I’m missing the Spartacus figure. If anyone has it and would like to get rid of it, please get in touch with me 😉