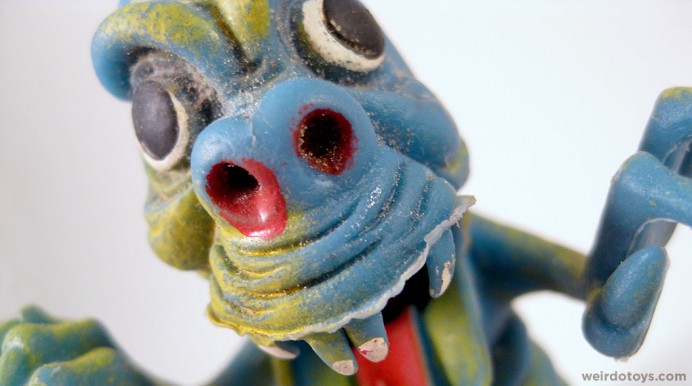 You know what’s great about authoring a toy blog? Finding and connecting with fellow toy nuts like yourselves.

Know what makes it even better? When we toy nuts share with each other. I’m not even talking about sharing thoughts, photos, etc. That’s truly great, but I mean literally just giving each other toys. (Maybe I mean gifting vs. sharing?) 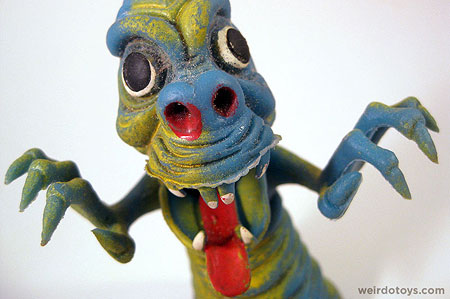 Just recently I got this cool little jiggler monster in the mail from a mystery person. I racked my brain trying to figure out how the hell it ended up in my mailbox. Did I order this and forget? I had no clue what was going on. What made this random gift so strange, is the fact that I’d literally been eyeballing the same toy on eBay for a while but had been passing it over cuz it was just too pricey. Pretty coincidental, huh? 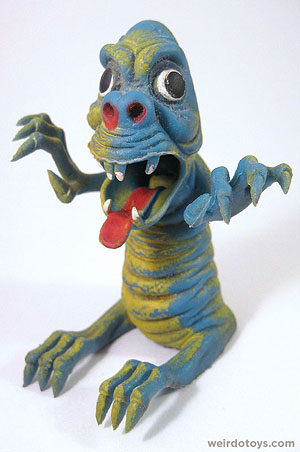 Turns out it was sent by a member of a toy discussion board I frequent. (Thanks “lastactionhero.” You’re the best.)

I know you may not wanna hear about me and my surprise packages, but moments like this inspire me. (This isn’t even the first time this has happened. I’m just featuring this guy cuz he’s sitting here on my desk.) These acts of generosity remind me that simply taking a moment in your collecting and being on the lookout for the other guy, really helps spread the joy of collecting and reinforces the collecting community. I love this mentality and camaraderie when compared to the opposite approach of scalpers buying everything up and screwing us over in the secondary market.

After receiving this little bugger, I decided to give away toys to some random Twitter followers. It wasn’t much, but I was able to pass on some goofy toys to total strangers and quite possibly create some new toy friends. (I wish I could do more for you guys, but unfortunately, I don’t have sponsors or budgets to run this blog. I have to share from my own stash.)

Okay. Enough with the mushy stuff. Back to the toy.

I don’t know what it is.

I just know it’s older than me and it jiggles.

He looks to be some kind of dinosaur-monkey-alien thing. 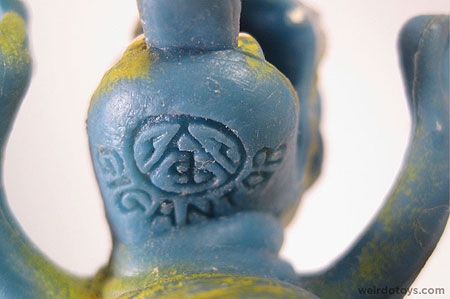 He’s hollow, rubbery, and it’s marked “Gigantor.” (Ha! He’s only 3.5″ tall… and I’m pretty sure he’s unrelated to the Japanese Gigantor series). It was produced by Steven Manufacturing in 1975. 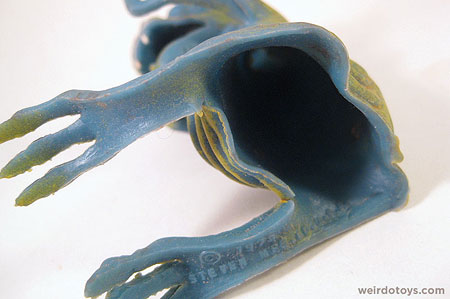 I can’t find much info on him. I’ve only found a few more examples of bizarre creatures that this “Steven Mfg / Gigantor” line consists of. 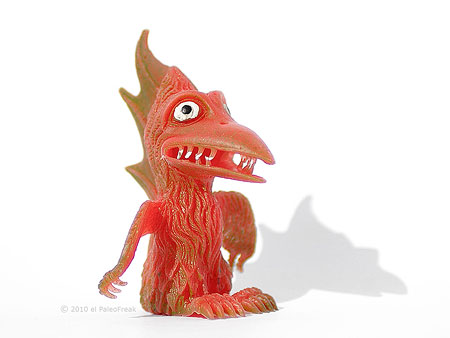 They look to be combos of dinosaurs and other animals. I found ’em on the Plastcauria blog. They are just weird.